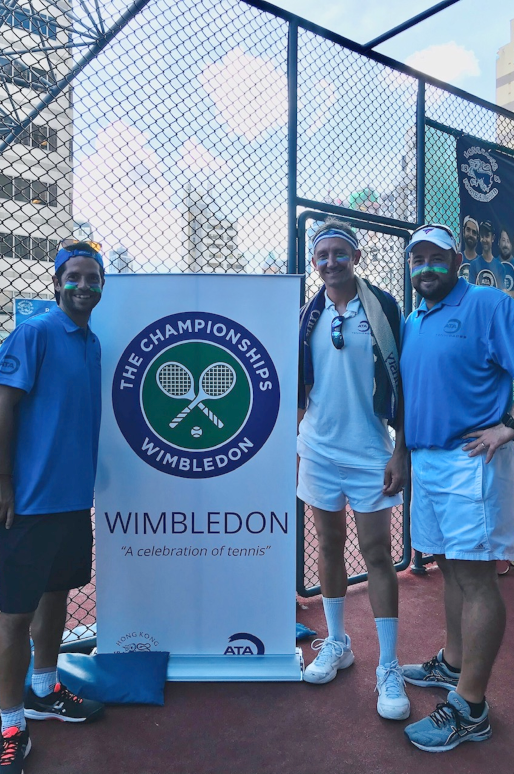 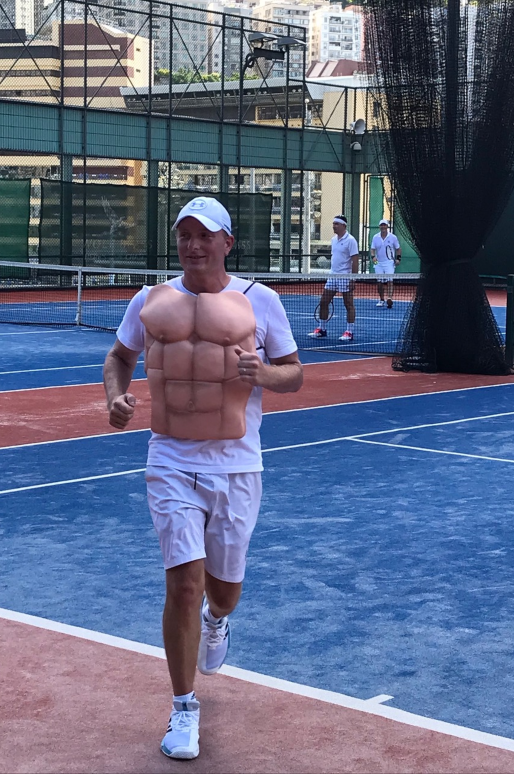 On the 10th July, the tennis courts were a vision of white, with 36 players fashionably dressed in their Wimbledon whites for the annual HKFC Wimbledon Social - a highlight on the social tennis calendar. The event ran by the ATA coaching team saw players competing in a fun, social doubles mixer event. There were fun rule challenges throughout the afternoon, including a singles sudden death knockout round. The sun turned up the heat, but with plenty of refreshments, including the All England Club's traditional Pimms with a side of strawberries and cream, everyone got a taste of the Wimbledon Championships as well as great fun on the court. We even had our first Grand slam social ‘streaker’ take to the courts, Richard Wildman. The winner of the open category was Samantha Ho, and the runner up was Guillermo Medina. The winner of the social category was Jessica Maltby, and the runner up was Kelly Wildman.

The next Grand slam social will be the US Open, hitting the courts on Saturday 4th September.