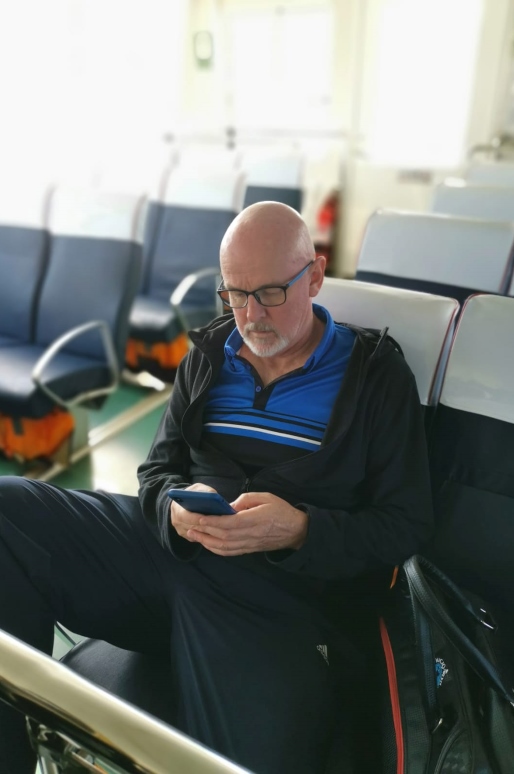 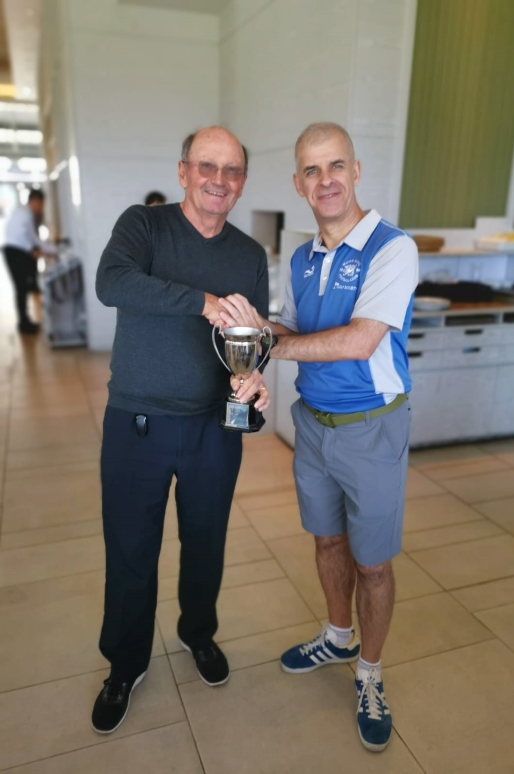 Following days of jousting with the opposing traitorous Captain (our very own JP Cuvelier) over such matters as handicaps, playing the course and team members, we set off to Sai Kung with the larks in full voice against a beautiful sunrise. However, the Northern monsoon had arrived in Hong Kong the day before and it was down to a chilly 11C with some strong blustery winds.

En route, bad news, when I received a text message that one of their players had spent most of the night in “the little boys’ room” after an overdose of sausages and sauerkraut. We thought that Oktoberfest was already over, but this occurrence to Lorenz Zimmermann deemed him down and out. So, once again, 12 became 11 and berthing at the Kau Sai Chau ferry pier on choppy waters, I was thinking who would have to play for fun.

Little did I know, the opposition true to their scheming, had during the check-in recruited a lonely Frenchman to replace Lorenz at the very last minute. Pierre Lisnard turned out to be a smart “acquisition”, playing off a 6 handicap.

All pairings took place in a random draw by opposing players one-by-one at 8am sharp in the course Coffee Shop, with lots of light hearted banter with breakfast being served.

The format was 100% handicaps singles match play, which we rarely play.

John Harris (11) defeated Scott Laws (9); 3 and 1, with Scott suggesting we should convert our Outdoor Lawn Bowls rink to a putting green, such were his woes on the short grass.

Peter Boothby (10) defeated Helen Hayward (13); 3 and 2. Great to see a lady competing in this annual fixture for the first time.

Noel Prentice (15) defeated Jonny Brock (7); 3 and 1. Johnny assures us he will be back with a vengeance once his new set of irons bed-in.

A jet-lagged Jim Costello (4) lost to Marco Jorge (8); 4 and 2, with Marco making a nonsense of his sore back from overdoing it at football training the previous night.

Mark Cameron (13) lost to James Riordan (17); 2 and 1. A fitting finale from James who left our shores mid-December, returning to The Emerald Isle. Best of luck from all the team and hope that you will continue playing for us when back on business.

Many thanks to all who showed up during what is a busy, festive month and on a golf course that was playing tough, against a very solid opposition.