HKFC Hockey Section has over 300 members who are registered with the Hong Kong Hockey Association (HKHA). From this membership the Section fields eight men’s teams and eight ladies’ teams that compete in the HKHA League plus knock-out cup competitions. There are also three veterans’ teams and five junior teams. During the season, HKFC hosts hockey teams from all over Hong Kong and the all-weather international standard pitch and 300-seat mini stadium hosts players from around the world in the Hong Kong Hockey Sixes.

Both HKFC Men’s and Ladies’ A & B teams compete in the Premier League, the highest level of hockey in Hong Kong with men’s C to H teams competing in other HKHA Divisions. The Club’s A teams are among the best in Hong Kong and regularly compete for top spot in their respective HKHA Premier Division, while the B teams are the only second XIs to play Premier Division hockey. With Men’s and Ladies’ Veterans teams competing locally and the Club’s Junior Hockey programme, the Hockey Section sees participation from players at all levels and ages. 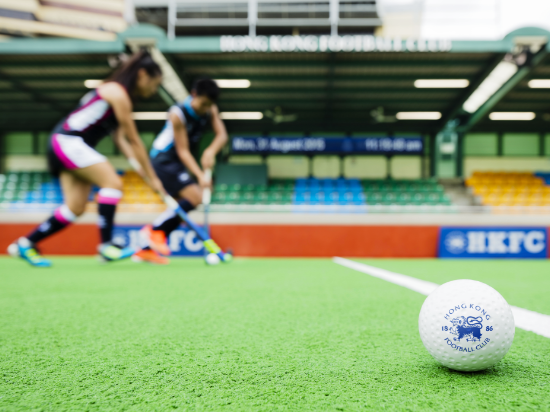 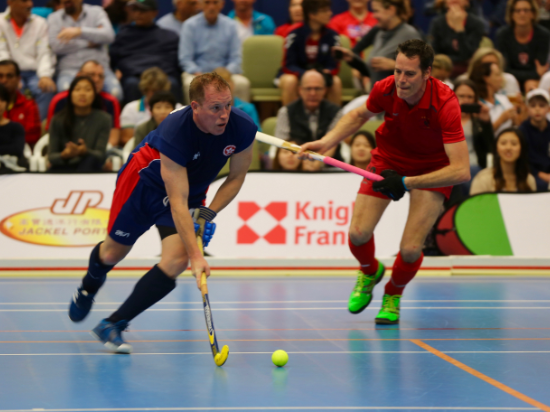 The Hockey Section has hosted an annual tournament at Easter since 1999. The Hong Kong Hockey Sixes is now an international standard event, attracting teams from around the world and the Club has played host to International tournaments including World Veterans and World Masters indoor and outdoor events. In addition, many top international teams from leading hockey nations have trained and played at the Club, including Australia, New Zealand, Great Britain, Holland, Japan and Korea. Our own sides tour frequently across Asia and the world, and every year compete in tournaments in Indonesia, Malaysia, Singapore and Thailand.