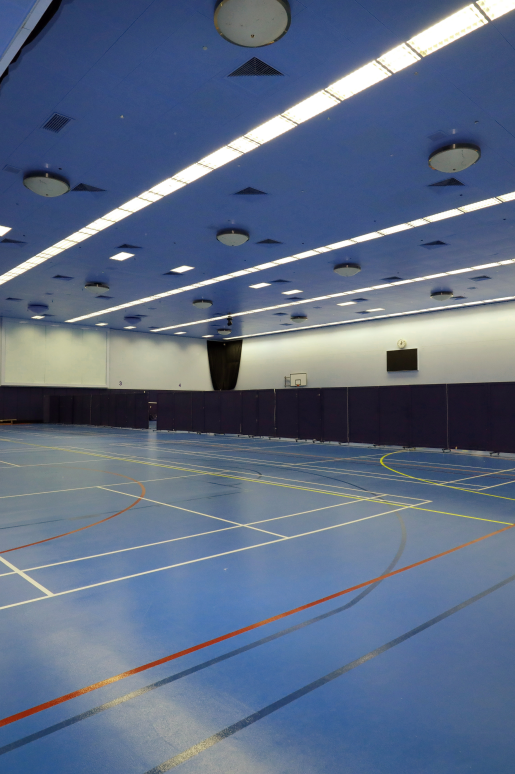 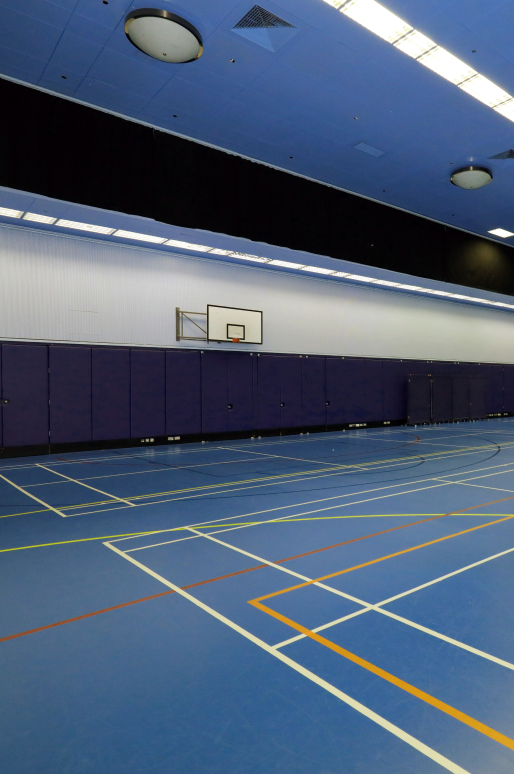 The 1,280-square-metre Sports Hall, as the largest indoor facility at the Club, and provides a centre for a multitude of sports and recreation activities.

The Sports Hall is the home venue for the Netball DSA to train and play competitive league matches, hosting netball teams from across Hong Kong on a weekly basis during the season.

At 32 metres wide and 40 metres long, this versatile space is also used for social and competitive basketball, badminton, table tennis, 5-a-side football and martial arts, and is also large enough to provide an alternative indoor training facility for three of the Club's core sports: Hockey, Rugby and Soccer.

At other times the Sports Hall is often divided into a multisports facility for members playing recreational games. The hall is also used for junior sports activities including Mini Rugby and Junior Soccer, junior cricket, gymnastics and trampolining.

Beyond sports, the Sports Hall can also be transformed into an impressive large-scale banqueting hall and event space that can seat up to 600 dinner guests, and is often used for a variety of corporate and charity events.