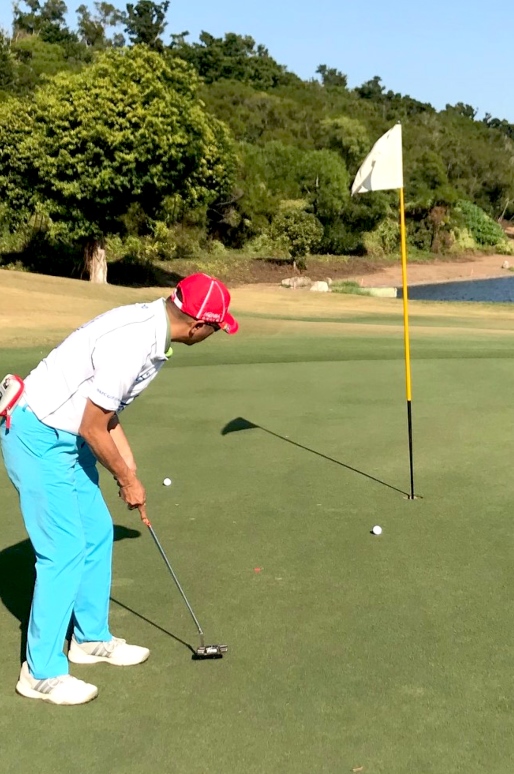 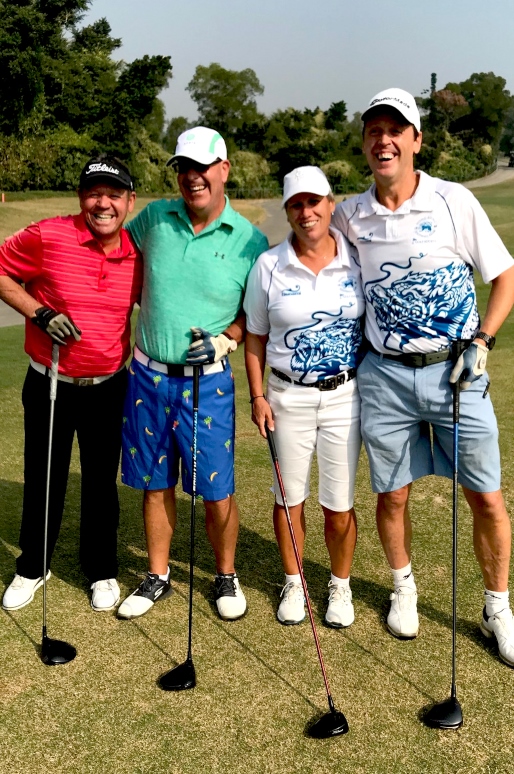 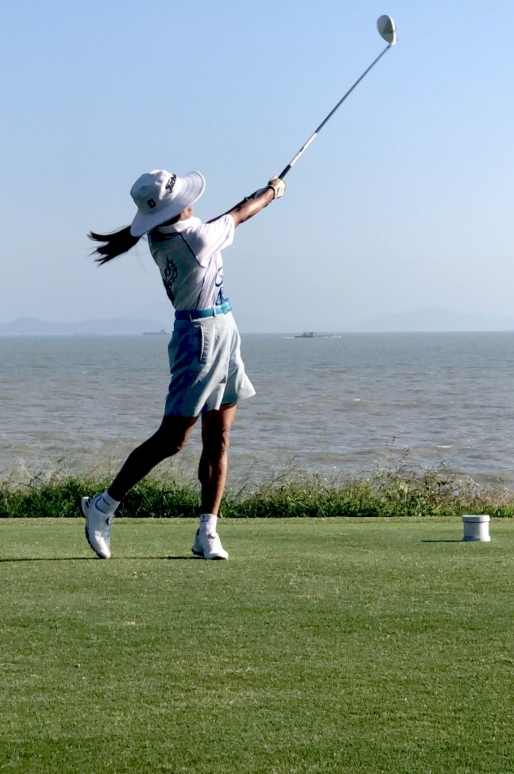 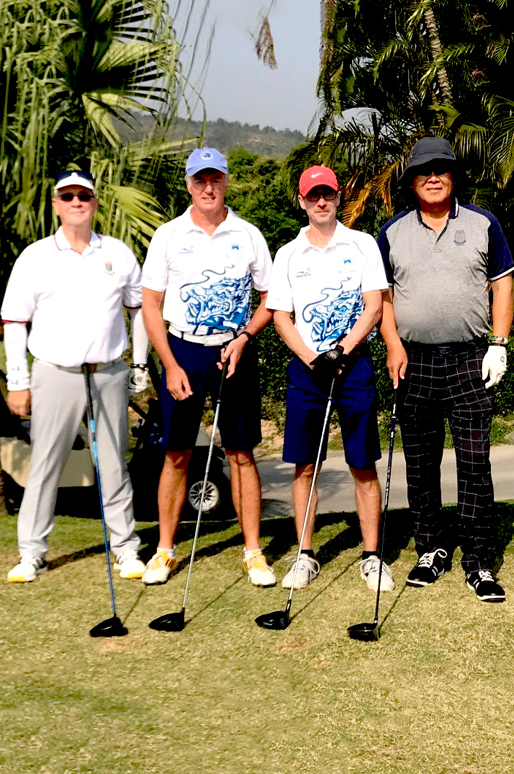 A stunning day greeted both teams as they approached Macau in the ferry. Cloudless with a touch of smog but very importantly only a light breeze so great conditions for golf.

A tight schedule saw HKFC’s first pair almost straight off the bus onto the first tee. A quick couple of putts seemed to be all Scott Laws and Bill King needed as they started strong winning 3 holes straight to be 3 up after 3. Unfortunately the magic was lost at that point as KCC’s Vincent Lee and Sanjay Nainani regrouped and went on to dominate this match and win on the 15th hole 5 and 3.

KCC off to a great start. Could KCC skipper Duncan Paul and Barry Cronin keep the momentum going. Jonny Brock and Helen Hayward would prove to be tough opponents right through to the 18th tee where the 2 teams were locked up all square. Combining well with strong play from Jonny on the front 9 and Helen finding form on the back 9 this match was settled in spectacular fashion with Helen carding a net eagle on the 18th to take the point for HKFC. A fine 1 over par back nine by Helen finished off with a rather large exclamation mark.

HKFC captain Terry Wright and Jukka Hakli were next out against Peter Shum and Barry Melbourne. It wasn’t looking good losing the first hole but the HKFC pair regathered their composure immediately and won 5 of the next 6 holes to be 4 up. 4 down at the turn the KCC pair decided to dig their toes in and chip away at the lead until they reached the 18th tee now only 1 down and the game getting tense but still very much alive. 2 solid pars from the HKFC pair however saw this match closed out in HKFC’s favour 2up.

Next team to hit the 18th was Andrew Wood and Sam Shei for HKFC against Johnny Cheung and Erle Pereira. Had this match been decided yet? No. Despite being 3 down after 11 holes the HKFC pair had clawed their way back to be all square on the 18th tee. Another one down to the wire and a very relieved Woody sank the final putt to take this match 1up to HKFC.

A definite trend was evolving here with 3 matches being decided on the 18th hole all in HKFC’s favour. Not wanting to be left out of the fun and a bit of tension HKFC’s next pairing of Justin Faulkner and Ian Petersen grabbed their own piece of 18th hole drama by also winning 1 up on the 18th when Ian sank the final putt to secure the point.

Only 1 flight left and Terry and Jukka waiting on the 18th green had been well entertained by the unfolding dramas to this point. What would the last group serve up? You guessed it another 18th hole nail-biting decider. After hitting a lovely tee shot on 17 to comfortably claim the near pin Elsa Lee had been unable to sink the birdie putt to give her and Dallas a 1 up advantage on the 18th tee so yet another group arrived all square with just the 18th to play. Macau’s 18th is a great finishing hole, a long par 5 flanked on one side by bush and the other the ocean. If that wasn’t tough enough already they threw in a large lake in front of the green to make the approach shot even tougher. Dallas and Elsa seemed to be in a strong position as we watched David Brettell’s 3rd shot barely clear the lake and run up short of the green. Still with a very difficult shot left he calmly chipped to within a foot of the hole for a net birdie. Both Elsa and Dallas still had chances to halve with difficult 30 foot putts but unfortunately their 2 great putts narrowly missed and their net pars whilst being very good scores were not good enough on this day. David Brettell and Daphne La Rosa winning for KCC 1up.

Wow what a day! The fantastic weather made a perfect backdrop to this great battle where 5 of the 6 matches were decided on the 18th hole – that’s getting value for money. Both teams played well and HKFC could feel very fortunate to come out on top 4-2 on a day where a couple of putts sinking for KCC could easily have seen that result reversed. The spirit of the matches carried on afterwards with the great camaraderie between the teams continuing over a few drinks and dinner. Great golf course, great contest and great weather were the reasons everyone was smiling.