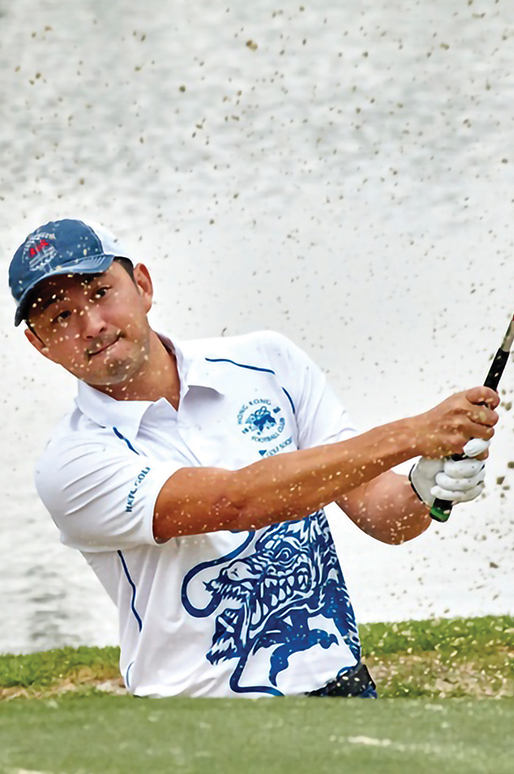 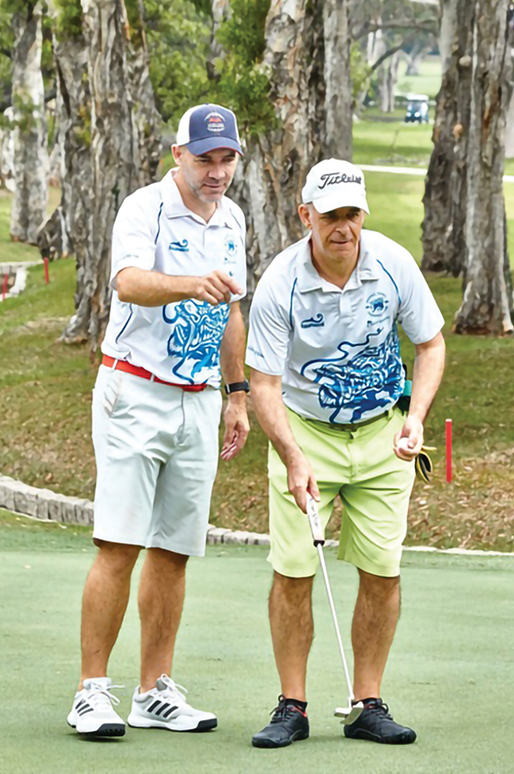 After many 2020 postponements due to the pandemic and following it’s rescheduling from February, the AIA Society Pairs 2021 event finally took place on HKGC’s Eden course on Friday 16th April. First organised by Tim Orgill of Impact Golf in February, 2019, this was eagerly awaited by our team. This time an earlier shotgun start at 8.30am.

Jonny and Oli started very well and were looking good for a top finish in the Individual Pairs Gross competition, until they both took 7’s on back-to-back Par 5’s. Jonny had won this competition with another partner in the inaugural year, but lightening didn’t strike twice. Oli enjoyed his first outing in this tournament and played well. Would could have been. They finished 4th out of 48 Pairs, 4 points behind the winners.

Debutants Phil and Marco had not even met before, but it just shows that natural talent is the key ingredient, as they managed to ham and egg very well, ending up with the Runners- Up spot in the Individual Pairs Gross competition. They finished 2nd out of 48 Pairs, just 1 point behind the winners. Phil also took the booty for his near Hole-in-One on the 5th hole!

Andrew and Matt had a Runners- Up spot in the Individual Pairs Gross competition in 2019 and were trying to make it one better. Starting off on the 4th hole, the hardest on the course, they were always behind the 8-ball. Trying to make up for lost ground, they finished very well, but couldn’t quite finish in the prizes this time. They finished 12th out of 48 Pairs, 3 points behind the winners.

HKFC GS had 79 points and tied 7th out of 16 Societies, 5 points behind the joint winners, HK Seniors GS and Little Sai Wan GS.

All in all, a splendid showing by our golfers who all played to a high standard and represented the Club well on a really fun day out. Many thanks to Tim Orgill, HKGC and all the sponsors (particularly Gweilo beer 😊). We all look forward to the next edition.