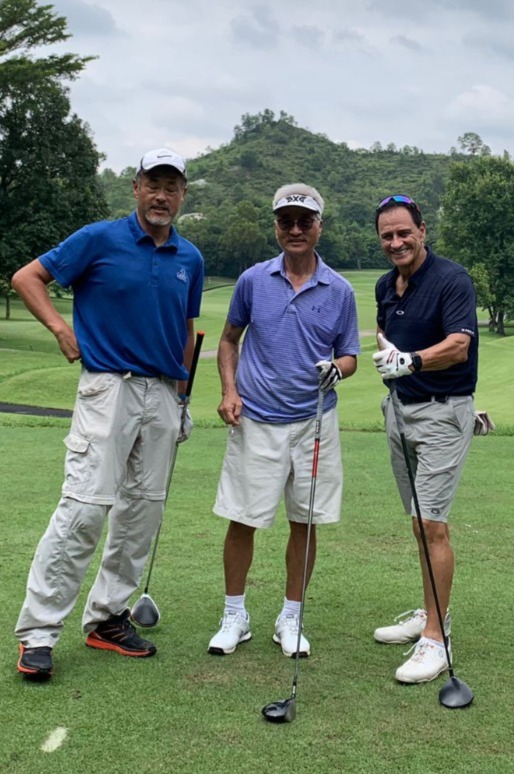 The day began with rain in the early morning hours and was expected to continue. I and a few other golfers packed our umbrellas in preparation for the delightful Hong Kong on and off downpour. We played using preferred lie score card length due to the unpredictable Hong Kong weather. However after some intense prayers to the golf gods, we managed to avoid any additional rain for the remainder of the day.

Aside from the Club Championships in October, this would be Fanling’s final event in 2022. David Cross made his return to golf events, hitting a mammoth drive of around 260 yards to win the men’s longest drive at hole 10, where he proudly posed for the longest drive photo.

There were also seven additional Golf Society (GS) members who joined in their first GS golf day of the year, which was fantastic to see and welcome!

I was teamed with the lovely Shauna and Owen Davis, as well as Ryan Woollford, and between the three of us guys, we came nowhere near winning anything! Shauna, on the other hand, won the ladies’ longest drive.

Only four of the six nearest to the pin holes were claimed, and they were all well-deserved.

Peter Ayres, who played one of his greatest games of golf, won the stableford with a score of 43 points.

Both the second and third place finishers scored 35 points. When there is a tie, we will look at the best back 9 scores. Victoria O-Young took second place by one point on the back 9, while Andrew Wood took third place. Congratulations to all the winners!