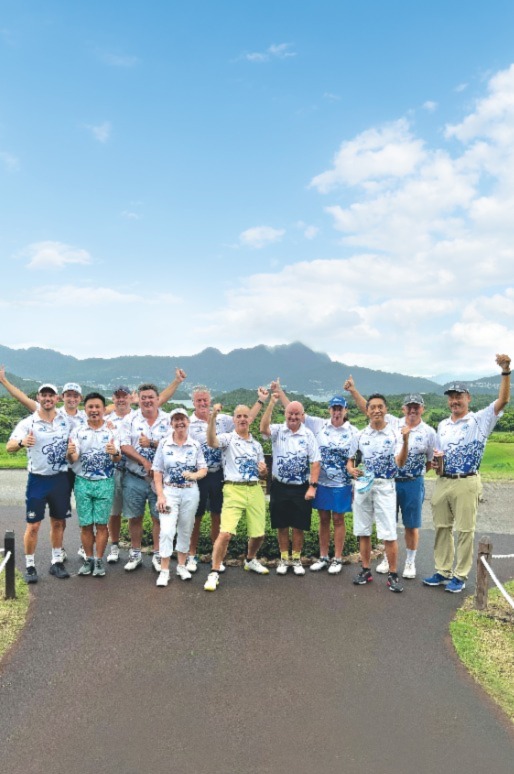 This year could very easily have been the fiftieth anniversary of the HKFC Golf Society. In 1972 Reg Butler and Dave McKenzie attempted to form a Golf Society at the HKFC, but sadly it never quite took off, and it was not until 1992 that Don Black (in a typical Sportsman’s Bar fuelled burst of enthusiasm) suggested the formation of a Golf Society. As Don left the Sporties, his enthusiasm rather waned, and so it was left to Mike Probert to take up the mantle and encourage 30 members to join in registering as a Golf Society with the HKGA. An AGM was called in November 1992 and 50 members signed in and appointed Mike as Convenor, Secretary, and Honorary Caddy!

The first event of the Society was held on the Old Course at Fanling, and thereafter regular events were arranged on the various courses in Hong Kong and membership steadily grew, reaching 250 by 1994. Things were becoming a bit more serious and the need for an official Treasurer was identified, and Richard Summers took up the role. This clearly set him on the path to golfing glory which has culminated in him becoming a committee member of Muirfield!

Given the strength of the HKFC golfing community, plans for simulators and practice nets were included in the redevelopment plans for the Club. Another major step forward for the Society occurred in 1996 when the Club bought revolving debentures at Lotus Hill Golf Resort, permitting Golf Society members to access free golf in China by booking a debenture for the relevant day.

In 1999, the first serious “Overseas” tour took place with 23 members travelling to Johannesburg and Cape Town. Plans were immediately made on the flight home for another tour to Perth in 2000. Subsequent tours have included revisits to Australia and South Africa, Singapore, Indonesia, Malaysia, Thailand (9 times), and China (4 times).

In June 2000, the Club bought eight revolving debentures at Macau Golf and Country Club and with this further attraction, membership continued to steadily rise to reach a maximum of around 1,100 Members by 2015.

In the late 1990’s, the Society started to arrange official matches against other HK Golf Societies, and we now have a very busy calendar with over 1 match per month (Covid permitting). Arguably, the most competitive of these fixtures is the Reunification Cup, a 4-cornered affair between ourselves, the American Club, the Chinese Recreation Club and the HK Country Club. All of these Clubs hold debentures at Lotus Hill where the fixture is held annually over a weekend. With 8 out of 10 players’ total net scores counting (the best and worst scores from each team are deleted each day), a typical total score for a team is around 1,300. Incredibly, matches have been decided on more than one occasion by a single stroke, and on one (in)famous occasion, the result was a tie which was only settled with reference to a complex countback system which fortunately someone had recorded in the event rule book. Other long-standing and fiercely fought matches include those against the HK Cricket Club and the American Club (Ryder Bowl).

Obviously Covid has impacted the Society in the past couple of years as travel to Macau and mainland China became virtually impossible. Many members have also relocated from Hong Kong which has understandably reduced our numbers, but the Committee continually look to ways to provide golf-related facilities and fun to our members, and Covid rules permitting several “freeflow” simulator evenings and parties have been arranged, and whenever possible our regular golf outings within Hong Kong continue. With restricted access to golf outside Hong Kong, these are heavily over-subscribed and we have had to carefully craft a queueing system to try to allocate places as fairly as possible. However, the Society still has a “hard-core” of enthusiastic members and we expect numbers to bounce back once travel restarts to Macau and Lotus Hill, and we look forward to the next 30 years of golf at the Football Club. 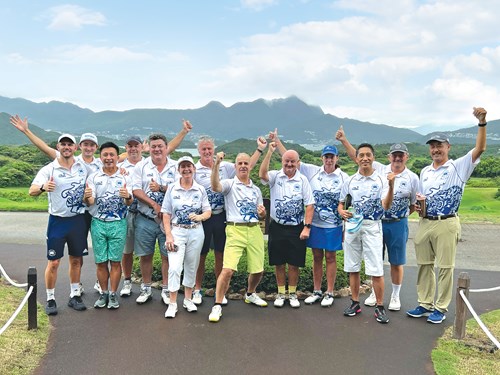