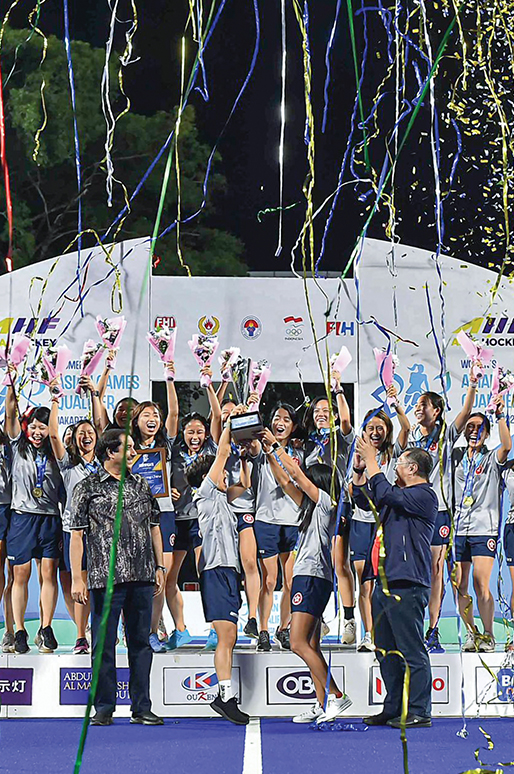 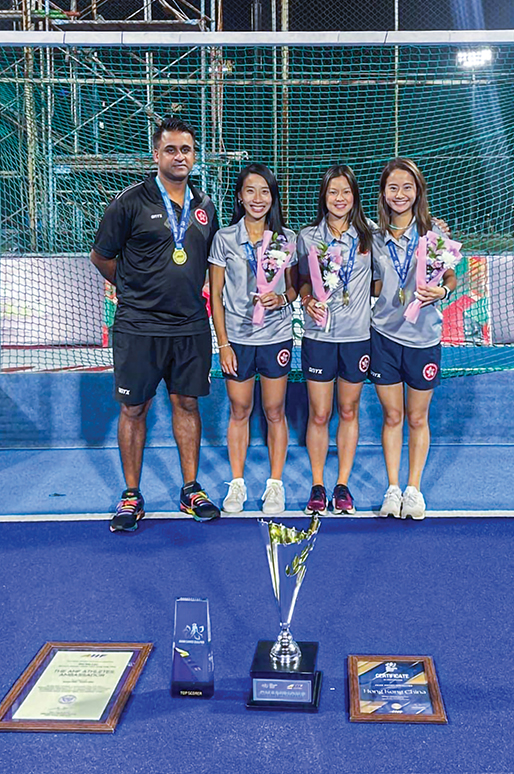 After two and a half years of no international hockey, coach Arif Ali led the Hong Kong Women’s Hockey Team to the gold medal in the Women’s Asian Games Qualifier, held 6th to 14thJune in Jakarta, Indonesia. As a result, the team qualified for the upcoming Asian Games.

The number one aim for the squad in this tournament was to qualify for the Asian Games. But we were shooting to be top 2, as our ambition is to dominate the second tier of Asian hockey. However, the lead-up to the tournament did not quite go according to plan. Due to the fifth wave Covid lockdown, the pitches were closed for three months which certainly affected our preparations. Although we could not physically be on the pitch as a squad, we had video sessions to analyse our opponents, and learned about and bonded with our teammates. The team was also very self-disciplined and went on different kinds of fitness training in small groups set by our S&C coach Chris Marshall. Once the pitches were reopened, we trained almost every day. There were weeks where we played six friendly games in seven days. Turns out all our hard work paid off, as we won five consecutive matches out of the six matches played and were crowned “Champions”. Everything was surreal when we lifted that trophy.

“Victories aren’t born on the field. You create them during practice, even in difficult times and our ladies have proven that,” says Ali. Winning against Kazakhstan 4-0 was the best result we have had in the 10 years I have played for Hong Kong, yet the most memorable game in the tournament was against Indonesia. Despite a lot of our girls suffering from diarrhoea(!), the game was very exciting in the first half with both teams attacking and defending -0-0 at half time. In the second half, Katy Mountain scored a penalty stroke for us and we took the lead. Not long later, I received an aerial on the right-hand side and ran into the D to score near the baseline with a flick. The game ended with the first international goal from Vivian Lee in the last 10 seconds of the game. Ken and Chappie dubbed it a 3-0 win to Club.

After 7 days of draining quarantine, the team has rested and resumed training again. We will be working hard to prepare for the upcoming 2022 Asian Games in Hangzhou (while Katy (aka grandma of the team) is enjoying her world tour).