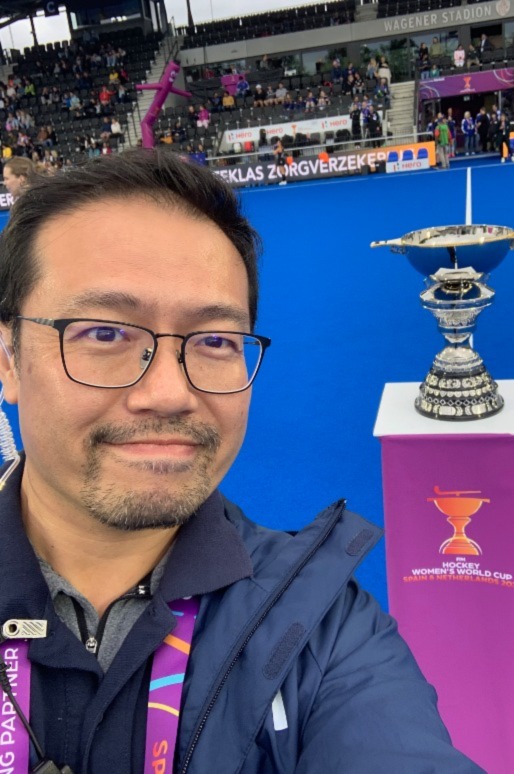 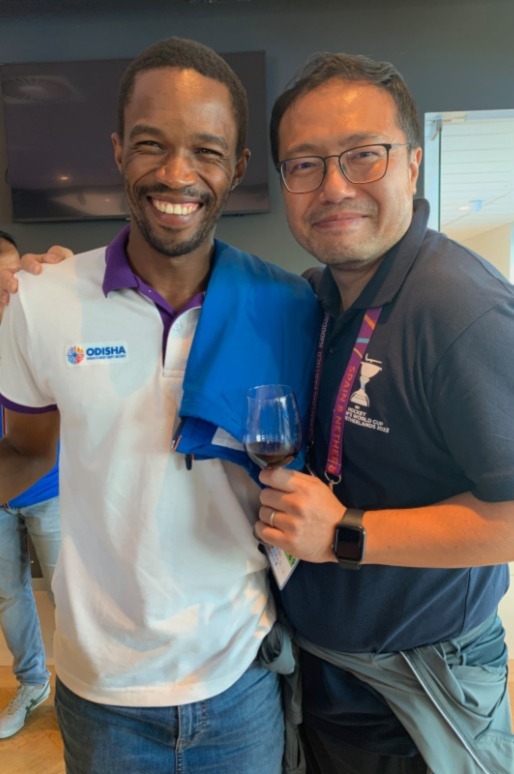 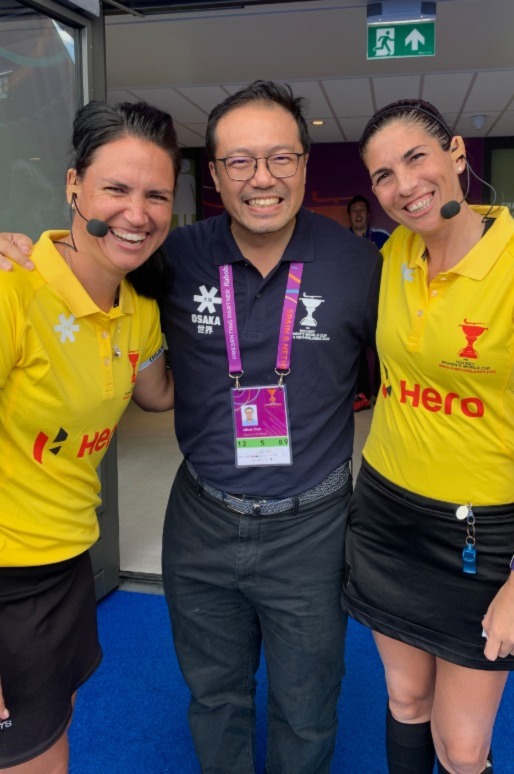 It has been almost a year since I returned from my Tokyo 2020 adventure and travelling still feels a little foreign. After 14 hours of flying, my latest hockey journey began under the beautiful blue sky at the Amsterdam Schiphol Airport in late June. This year’s FIH Women’s World Cup 2022 is a co-hosted event between Spain and the Netherlands. Each country hosting two pools of four teams until the quarter-finals and with both semi-finals and the final scheduled at the Estadi Olímpic de Terrassa in Spain.

Due to this unique arrangement, initially our technical team had to be split into two and each overseeing games in each country. I was appointed as one of the Technical Officials to officiate the games in the Netherlands before flying with the rest of the team to Spain for the final five days.

I was lucky enough to visit many amazing hockey venues around the world, and we are already very blessed to have our own hockey pitch at the HKFC and stand for us to play and host amazing hockey events. However, what I was seeing in Amstelveen was a whole different level. It was actually a surreal experience walking into the Wagener Stadium for the first time. It was built by the Amsterdamsche Hockey & Bandy Club (AH&BC) which is the oldest field hockey club in the Netherlands (founded in 1892) with over two thousand active members.

The ground has “seven” hockey pitches adjacent to each other, an amazing club house with changing and catering facilities and a fully international standard stadium with 7,500 seating capacity. Moreover, they have recruited one of the most friendly and experienced group of hockey volunteers in handling all our needs to run a successful international hockey tournament.

One of the benefits of travelling around the world for hockey tournaments is the opportunity to meet old friends. In the Netherlands, I was so happy to bump into our ex-HK assistant coach Patrick Tshutshani who is now one of the coaches for the Indian women’s national team. Another person I reunited with was our very own HKFC ex-keeper Jun Yokoe who is now working in the Netherlands. We had many wonderful hockey chats and I was invited along with a few of our officials to a cosy dinner near Jun’s home in Amstelveen.

This is not my first time officiating at the World Cup. In 2018 I was appointed for the Men’s World Cup in India and the atmosphere for the gold medal match was unbelievable. I could not hear myself think on the pitch with over 22,000 spectators cheering for the teams during the penalty shootout. This year’s Women’s Final, however, was a little more one-sided, with the tournament favourites Netherlands beating Argentina 3-1 in the same packed stadium that hosted the 1992 Summer Olympics.

Let’s hope Hong Kong will open up soon like the rest of the world so that we can start hosting our own international hockey events again.