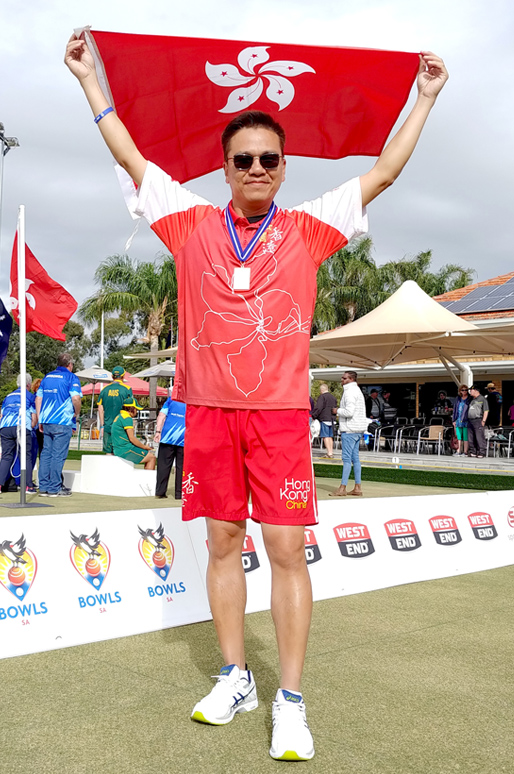 HKFC bowler Tony Cheung received a standing ovation in Adelaide, South Australia, at the World Bowls’ World Singles Champion of Champions between 28th October and 3rd November.  Tony excelled beyond the call of duty in representing Hong Kong China Squad and battled through the 7-day competition and was only eclipsed by Australia’s top-ranked Lee Schraner in the nerve-wracking tie-breaker of the Final of the World Singles.  It was Tony’s second successive silver medal in the same championship, having been a runner-up to New Zealand’s Shannon McIlroy last year.
To reach this year’s Final, Tony defeated Scotland’s Mark O’Hagan in a masterclass of singles play.
The annual championship featured the 45 top bowlers in the world, representing 28 countries.