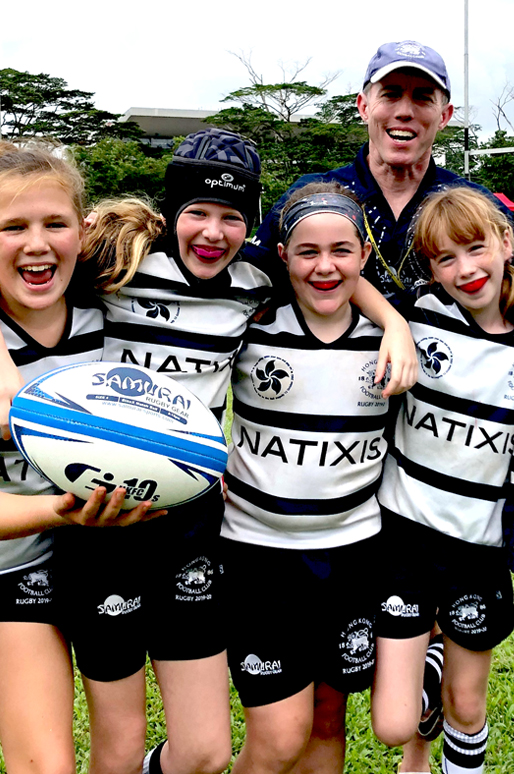 Tremendous effort by our FC U12 girls on the overseas tour hosted by the Tanglin Rugby Club. With over 450 players – this was the largest tournament of its kind in Asia. The U12 girls played with a competitive mindset and a fighting spirit to the finish, despite being a small squad of 6 players. In regulation play, Club first went up against the strong HKU Sandy Bay squad. FC mounted a solid defence by our forwards, Lucy Guest and Saidhb Martin, and held the big and strong girls from HKU at bay, until their strong offence overwhelmed our smaller squad, with Club conceding by 4-6. Next, Club went up against the Singapore Cricket Club (SCC) team. In a blitzkrieg attacking show, led by Alyssa Mok and Brigid Warde, our FC girls gave SCC a proper smashing, winning the match 8-2. Next, Club went up against the formidable Tanglin Rugby Club 1st team, in a heated battle between two strong teams.

Great scrum-half work by Brigid Warde, helped to keep the score close going into the half at 2-3, until the depth of the TRC squad wore down our defence, with Club conceding the match, 2-6, to the eventual tournament champions. Due to the loss, the FC were relegated to the consolation round in the finals, though the girls were energised for their final match vs the Singapore Centaurs team. They were in it to win it, with a smashing performance against the smaller Centaurs team, with great runs by Alyssa Schoonmaker and Kali Peck, in a run-away performance ending with an 8-2 win in Club’s favour. Our FC U12G gave 100% in their matches and finished overall in 5th place in the tournament out of 10 teams. Very proud of the performance in Singapore.

Ethos of Rugby: HKFC was the proud sponsor of an underprivileged team from Vietnam, the Kim Boi Wildcats Junior, comprised of 12 players and 3 coaches to enable them to participate in the tournament. For the players, it was their first time to travel out of Vietnam and to participate in a tournament of this kind. The Vietnamese girls had an amazing experience and expressed their strong gratitude for Football Club’s support. This truly represents the ethos of rugby and the mindset to give-back. 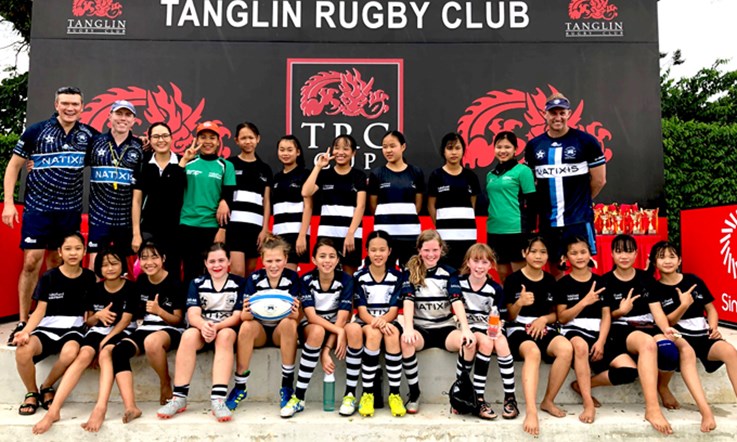