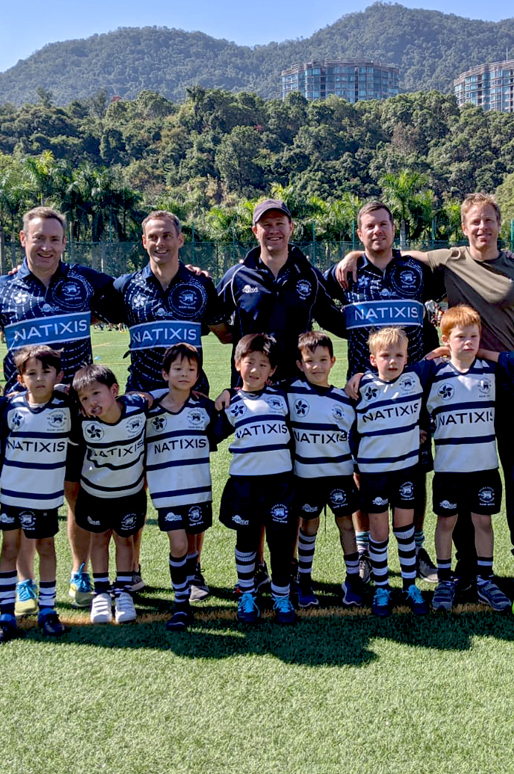 An all-volunteer ursine pack made the long trek up to the Pak Shek Kok Sports Centre in Tai Po for the Flying Kukris Christmas Rugby Festival for what turned out to be a highlight of the Bears’ season thus far. Limited player numbers meant that substitutions were not an option and every player had to contribute. Only one loss marred the eight matches that the Bears contested as players up and down the roster showed excellent progress with the ball in hand and also in their defensive line. There were dynamic runs with the occasional side-step, some excellent passing to other teammates, lots of solid tackles, and many dazzling tries.

On the coolest morning yet this season, the brilliant sunshine cast long shadows across the pitches as the Bears arrived for their early start. Things warmed up quickly as FC2 left the Bears’ first claw marks with a convincing 3-1 win over the Sai Kung Stingrays, a team that had bested the squad last spring. Of note, every player had at least three tackles - a defensive display that warmed coaches’ hearts and set the tone for the remainder of the day. Next, FC1 fought its way to a 0-0 draw against the troublesome Tigers in a battle royal that saw tackling, if not try scoring, again come fast and furious from every single cub.

FC2 then got past Shatin Shapei with another 3-1 result. Not to be out-roared, FC1 followed up with the most lopsided result of their festival with a 4-1 outcome versus Aberdeen. The third win in FC2’s column came courtesy of the Eagles of Tin Shui Wai and a 3-2 score.Unfortunately, a lack of substitutes, and perhaps an epic intra-squad “warm-up” game of coaches versus players late morning left the Bears a little short of energy when facing their common final opponent in USRC5. FC2 came up short with a 1-3 loss, and FC1 managed to dig their claws in to draw after a heated contest, 2-2.

Every Bear contributed to what in aggregate was a great morning of rugby at Pak Shek Kok. Special mention goes to FC1’s Rafe Archer-Perkins and Jake Christal for both their defensive efforts and contributions in attack with ball in hand. The FC2 duo of Edward Adamson and Atsushi Yoshihara deserve credit for being the backbone of the squad’s attack and delivering tries in all four of FC2’s matches (plus a few in FC1 matches).

A big thank you to the mums and dads who made the effort to get up to the ground. It was early and it was the furthest afield from our home pitch during the regular season. Lastly, a big thank you goes to fellow Coach/parent James Buchanan, for whom the Flying Kukris festival was his last as a Bear due to a family move to Singapore in January – we have enjoyed coaching with you and are grateful for all that you brought to the pitch. We hope to see you and Hamil Buchanan at Singapore’s Tanglin Mini Rugby Festival next May! 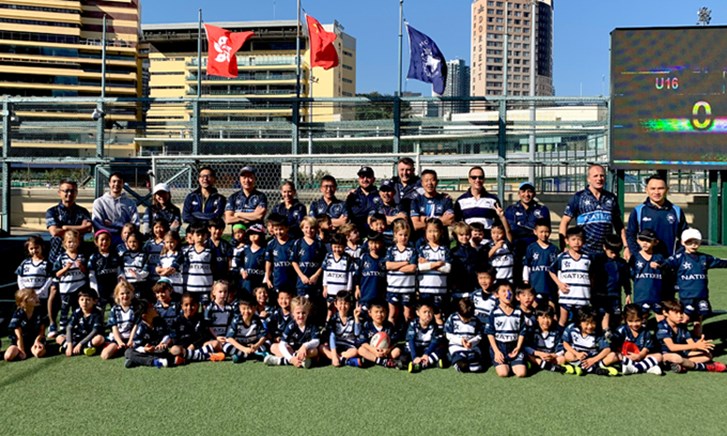