U9s Can Proudly Report Back On A Superb Weekend In Singapore 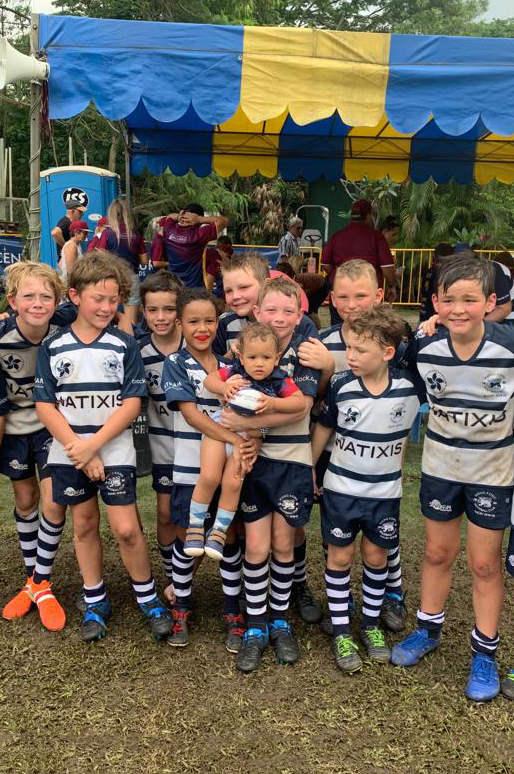 U9s Can Proudly Report Back On A Superb Weekend In Singapore

HKFC U9s can proudly report back on a superb weekend in Singapore – both on and off the pitch – at the Centaurs tournament.

Our squad of 11 players (1 sub) was drawn from across our regular training groups, meaning the opportunity for players to make new friends, and learn from other players with varying levels of experience.

Day 1 saw a strong first game (W 9-0) against Centaurs, a ‘wake-up call’ against a very good Tanglin side (L 1-5), then a ‘battle royale’ against a strong Singapore Cricket Club (SCC) side (W 4-3) who had underestimated us a little. So players headed to the pool for cool down, debrief and refreshments in good spirits. Well done to the following: Michael and Anish (for enjoying the step up in standard and more than holding their own), Hugo Mendes and Liam (for consistent pressure and strong defence in mid-field), Hugo Cubells (for strong and opportunistic running), Gus (for reliable cover-tackling) and Simon (for being our power-house).

The players of the day awards (and ice cream challenge contestants) from Day 1 were Arde (for enjoying the biggest learning and improvement curve), Naomi (for superb defence and strong character after receiving some ‘rough’ tackles), Will (for opportunist try-scoring, including a hat-trick in our 3rd game) and Olly (for controlled aggression and physicality).

Day 2 saw SCC gain their revenge in the Cup quarter-final, followed by 2 resounding victories for HFKC in the Bowl semi-final and final, meaning we picked up the Bowl trophy!! Coaches and parents were extremely proud of the performance in the final – a resounding 4-0 victory over ‘local rivals’ Sandy Bay. Simon was simply outstanding in the Final, both in attack and defence, and led a team who were all prepared to contribute and simply refused to allow Sandy Bay to score!

We would like to thank all parents for making the effort of coming on tour, and the key committee organisers (Denis and Declan) for arranging the tournament and logistics.

A final word to Michael Herratt who is moving to the UK – thanks for coming on tour, and all the best with your continued studies (and rugby) in Blighty!