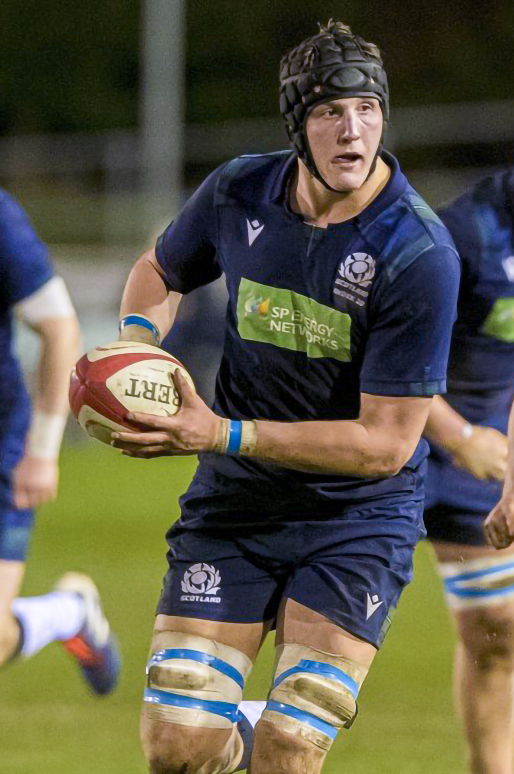 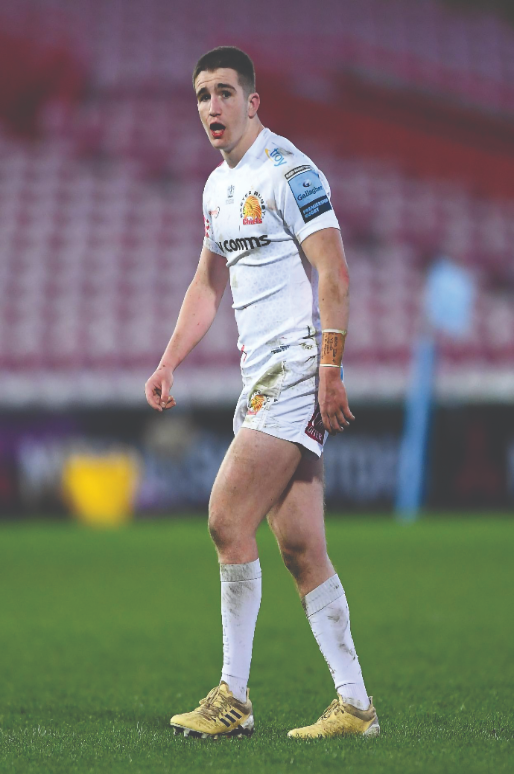 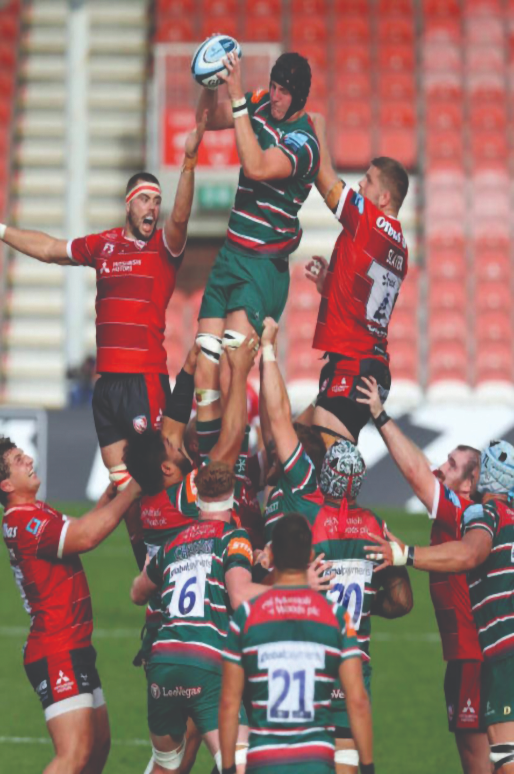 Rugby Section would like to celebrate the success of two of our members who are a product of the Section's minis and youth rugby programmes. No-one in in Hong Kong who follows UK's top level professional rugby, the Gallagher Premiership, will have failed to notice two of HKFC's prodigies - Cameron Henderson who plays lock for Leicester Tigers and Dan John who plays in the backs for Exeter Chiefs. Hopefully their success will be an inspiration to HKFC rugby parents and coaches.

Cameron may be the better known of the two to Club members; his dad, Russell was head coach for his age group through the minis and indeed at junior soccer too. Cameron actually started his rugby career for the wrong team, Stanley Fort, which he joined at the age of 3, before seeing the light and moving to HKFC. He played minis at HKFC from U5’s to U12’s and had a year with the Colts at U13’s, before moving to Strathallan School, in Perthshire, Scotland, with whom he won the Scottish School’s Cup. He was a regular in the New Year’s Day Youth Tournament games at the Football Club.

Cameron joined Glasgow Warriors after school in 2017 as a Scottish Rugby Academy player. Cameron won caps for Scotland at U18 and U20 level including in a record-breaking win over Wales in the U20’s 6 Nations and went on to tour with Scotland for the 2019 World Rugby U20’s Championship in Argentina.

Shortly after that tournament Cameron was signed on a pro contract with Leicester Tigers. He made his senior Leicester debut in a home game against Bath last season and scored a try in his next game, against Gloucester. Two weeks later, he marked his first Premiership start with a try at Wasps. Formerly at the French International School in Hong Kong, Cameron is now 21 years old and 6’ 7” and is developing quickly amongst fierce competition in the second row at Leicester where he has won 12 caps to date.

While Cameron was plying his trade at school in Scotland, Dan John arrived in Hong Kong in 2017 at the age of 15 when he joined HKFC Colts while attending Kellett International School. Dan played for HKFC up to U19’s Colts and Hong Kong U19’s before moving to Millfield School in England for sixth form.

Dan played for HKFC up to U19's Colts and Hong Kong U19's before moving to Millfield School in England for sixth form.

Dan played for Wales at U18’s, U19’s and U20’s before earning a 3-year contract commencing at the start of the 2020/21 season with the current European Rugby Champions, Exeter Chiefs. Dan, still only 19, won his first cap against Bristol Bears earlier this year and later came off the bench for his Premiership debut against Leicester Tigers where he played against Cameron. He made his first Premiership start against Gloucester a week later.

Neither boys will forget the support and encouragement given to them by their parents and coaches when they were younger. While Dan has rugby in his blood (he is Welsh after all), like Cameron, he owes a lot of his success to his father, Paul who coaches at HKFC and is the current Hong Kong 7’s coach. Dan started playing rugby at LLantwit Fardre RFC in Wales where is dad and grandfather had both played before him. Before coming to Hong Kong, Paul John won the 2009 Rugby Sevens World Cup as head coach for Wales.

Both Cameron and Dan played football in their early days, Dan winning a place at the Cardiff City Academy where he played from U12 to U15 levels before moving to Hong Kong. This supports the old adage that good footballers make great rugby players. It’s never too late to start.

And finally, a word for our many parents, coaches and pro-coaches supporting our young rugby players. One of our Minis parents and coaches, who himself had played rugby for Club and Hong Kong, was asked sometime later how his own kid was doing with his rugby. He replied that he thought his son was “going to make it”. When asked what he meant by “make it”, he replied that he thought his son would now continue playing rugby after Colts and maybe university and hoped that he would get at least half as much out of rugby at senior level as he himself had done, “that’s all I ever wanted to achieve as a mini rugby coach”.