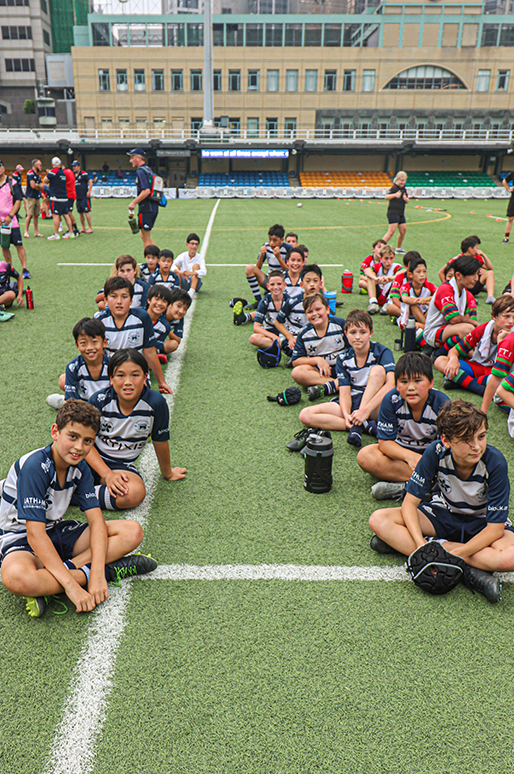 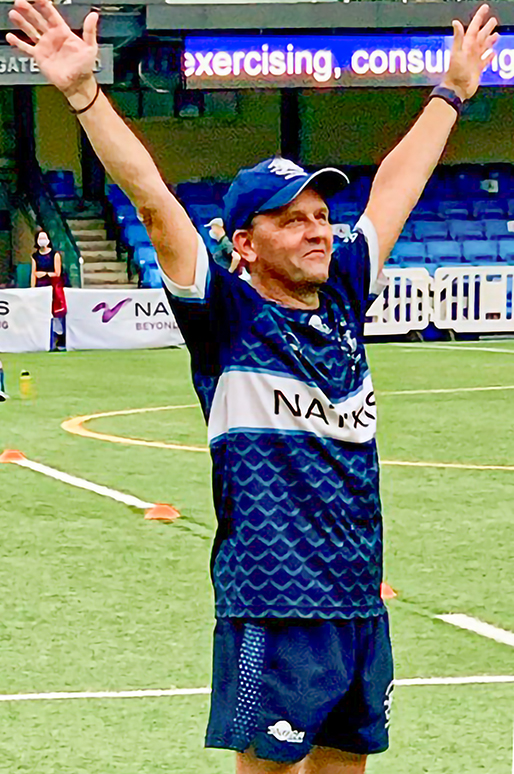 Where do you start… This has been an incredible journey of over 6 years with these boys from U6 through to U12 Mini Rugby at the Hong Kong Football Club, and a journey where we have seen so many come and go, but a core of boys that have shown great strength and ability to push the boundaries and come up with the last game of their mini careers to become the winners of the Richard Hawkes Cup.

The cup has not been won by a HKFC team since 2009 when these young men were born, and Sunday saw them deliver what was truly a perfect end to an imperfect season. Once we knew that the RHC was going to take place and in a 7s format, the team and I said all the 45 boys in U12 squad had to adapt to a new style and understanding of a very fast game.

The forwards, who usually are not the fastest, have had to dig deep, practice, get fitter and above all learn to get out of the ruck if it’s not won, and have a defensive line to battle. This has all been down to Jonty and his teaching ability with the boys. From Monday evenings to Thursdays to Sundays. Burpees galore with plenty of sprints and Cookie setting up the warmup drills like a sergeant major.

This has been a group win and should be said that it was not just FC1, but an overall achievement for the whole U12. There were players that played in earlier rounds and these boys should also feel that it was as much a win for them as well.

The morning did not go to plan with FC3 and FC4 both coming up short in the Shield and Bowl finals. FC3 who had a few boys moved to FC2 had an unlucky loss in the opening game, then came back with a win, but fell short in the final. With a valiant attack, FC4 missing a few players had a difficult time. Nevertheless, they gave all and showed that they are also part of this amazing group.

Following on from the Bowl and Shield finals, we then entered the Cup and Plate finals. Eight top teams competing for the final silverware of their mini careers. FC2 up first against Valley Fort. A slow start and the damage unfortunately done. A loss meant the Plate finals. Still giving everything, they showed great tenacity and pulled together for the semi-final of the Plate.

Up against a strong Buffalo (SLB) team, previously losing to FC1, they came out fighting in a scrappy game, but again the finish was just not there and another loss 3-4 to SLB. With still time to revive and have a win they came up against Stingrays. They had beaten this team before, and so the confidence again was high. Starting strong and 1 up, it looked like the tide had turned. Second half and maybe with fatigue or the heat, the boys succumbed to a final loss 2-5 to SKS. They gave it all and played an important roll in the group, and on any given Sunday, they can match anyone, just not today unfortunately.

FC1 up next against Buffalos with a very convincing win over. A routing 7-0 win giving the boys a firm belief that today was indeed their day to be had. Next up, the old for Valley Fort. A formidable team that in the previous weeks had succumbed to FC1 twice and drew once. These boys in red are fast and move the ball extremely well so a true fight was to be had. Not a great start and being too sloppy with the tackling saw Valley go up 2-0. With head up calling and body language calls, the boys pulled together and came back in the first half 2-2. A quick turnaround and second half on, another try within a minute 3-2 up; the possibility to win was a sniff away. Some great heroics and the final try was scored with some hearty rugby. A 4-2 win to FC1 and now the final is beckoning.

A short break in between as the 3rd and 4th positions played out, so the boys could regroup in the comfort of the Club. This is it, the RHC Final for the cup and up against a team they have not beaten in the past 3 rounds of the RHC, Sandy Bay HKU1.

Simple tactics from Jonty, some resounding words from Head Coach Robin, play with heart and dignity and go kick some…!

Go hard and fast, hold the line, get out if you’re not in it and pass wide… It sounds simple, but in fact it was far from that. A battle ensued and these boys were not going to lie down and roll over. Within the first 5 minutes, it was 3-0 to FC1. Wow, how could the nerves be kept in control… Second half and HKU1 came out fighting some great work and they are in the corner, and its 3-1. Hold tight boys, keep the pressure and defence line. Some amazing teamwork and the subs keep rolling on and off. Hold tight, the hooter goes, HKU1 have the ball, a turnover at the ruck, screams of kick-it-out, the ball flies high and out, the final whistle and the jumps of joys. Hong Kong Football Club U12 wins the Richard Hawkes Cup… Boom!

The tears flow for HKU1 and the FC1 boys rally around giving comfort and condolences, but the Trophy is ours. The cup comes home after 12 years or more being absent. What a day, what a challenge and what more can you say.

Well done to all the Under 12 Rugby Team of HKFC. It has been a pleasure to be your Head Coach and thank you to all the coaches, Jonty, Dave, Duncan, Pete, Sias, Tim, Nickey, Russell, Ciaran, Mitch, Rambo, and the list goes on.

To the Boys… Well Done !