A Feast of Festive Football Fun 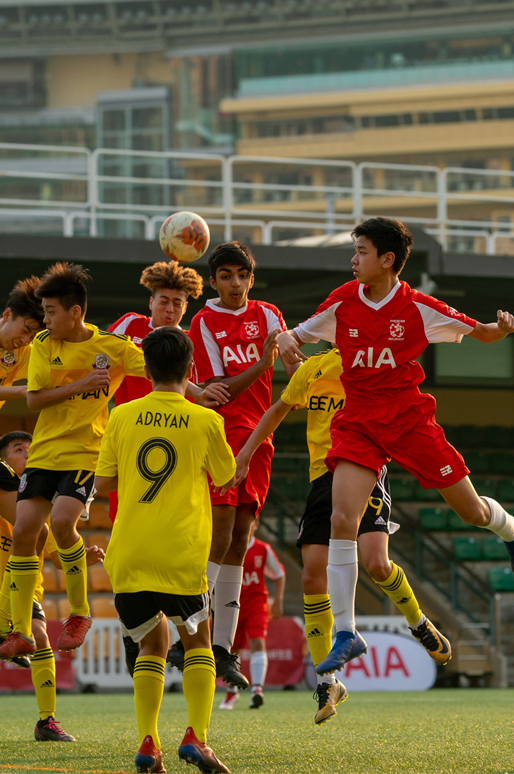 A Feast of Festive Football Fun

The sixth instalment of the Boxing Day Festival of Football was greeted with glorious sunshine and a large and eclectic crowd, comprising supportive parents, football fanatics and those who had failed to make it home from the previous day’s Club festivities!

This year’s festival saw AIA continuing as title sponsors for a third year. Peter Crewe, Chief Executive Officer of AIA Hong Kong and Macau, said, “AIA Hong Kong is delighted to sponsor this event to bring the youth football community together for friendly matches during this jolly season. We would like to promote football as a means to a healthier lifestyle and encourage the next generation to live Healthier, Longer, Better Lives.”

The Festival has now become a staple fixture in the Hong Kong youth football calendar, particularly with the Hong Kong Junior Football League (HKJFL), whose support in developing the event has greatly enhanced its reputation and popularity within the community. This year’s Festival included a range of challenge matches over differing ages, from U10 to U16, involving representative teams made up of players from teams participating in the HKJFL and our guests for the day, Lee Man FC.

The curtain raiser was the traditional England v Scotland match with many Junior Soccer coaches taking part and covered above. The main Festival commenced with the U10 Challenge Cup, with four representative teams from the HKJFL competing in a knock out competition. The HKJFL Lions ran out winners 5-1 against the HKJFL Tigers.

The U12 Challenge Cup saw four representative teams from the HKJFL competing in a knock out competition. HKJFL Kestrels were triumphant on penalties (4-3) after the final ended 1-1 against the HKJFL Hawks.

The finale to the festival was the U16 Challenge Trophy between the HKJFL Select v Lee Man FC. Played out in front of a large and enthusiastic crowd, the game was highly entertaining, which saw HKJFL Select running out 3-1 victors. A fitting finale to a brilliant day of football.

Throughout the day, parents and children could have fun in the AIA Vitality booth, where they could ride a blender bike to make their own smoothies. Thanks again to AIA for their continued support for the Festival of Football and to Junior Soccer in general.

Also, special mention and thanks to the referees and the organising team, led by Tom Champion, for their continued hard work both throughout the year and on the day with particular thanks to Tom Cole, Alivian Chou (we wish you well with your move to Australia), Chris Chan and Frank Wong. 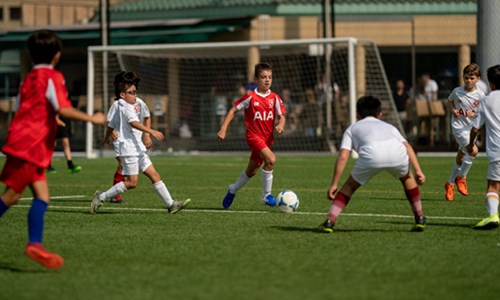 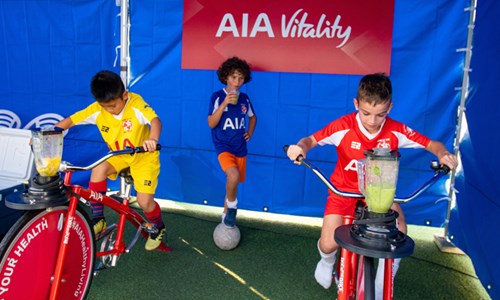