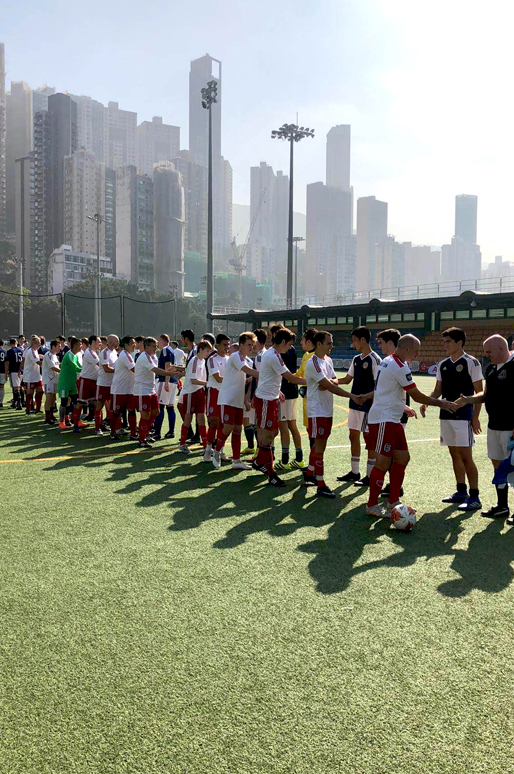 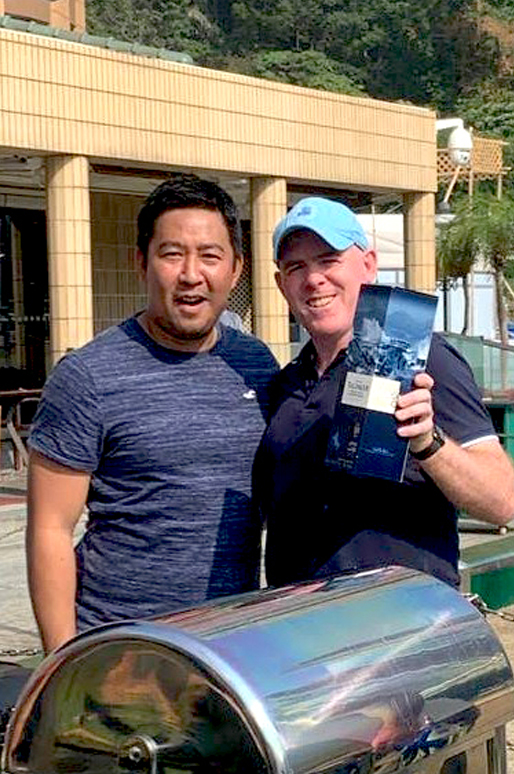 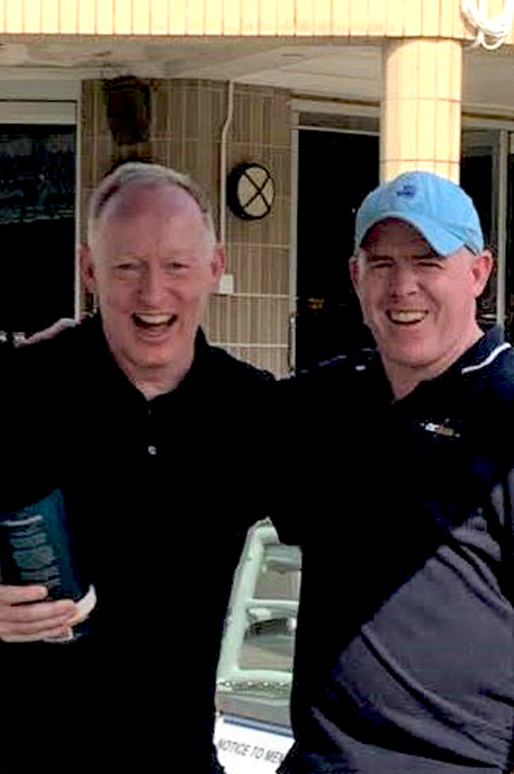 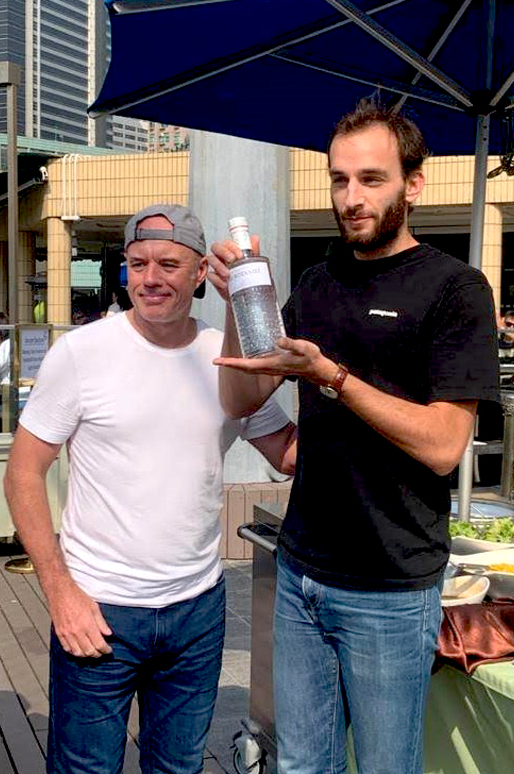 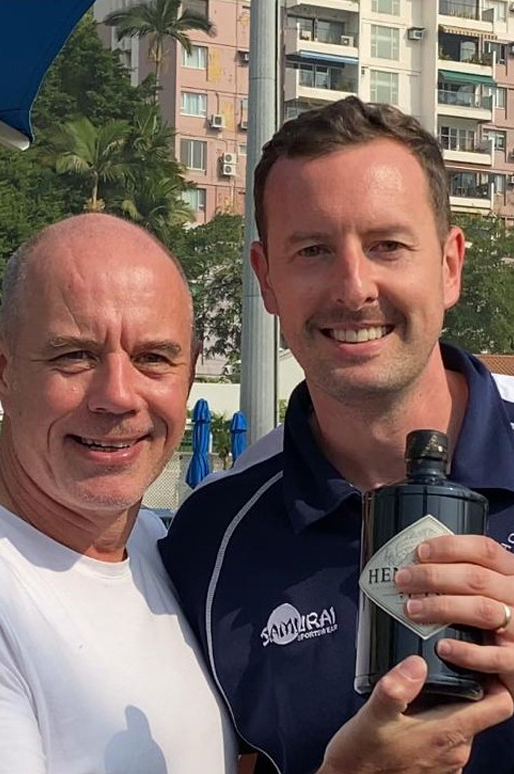 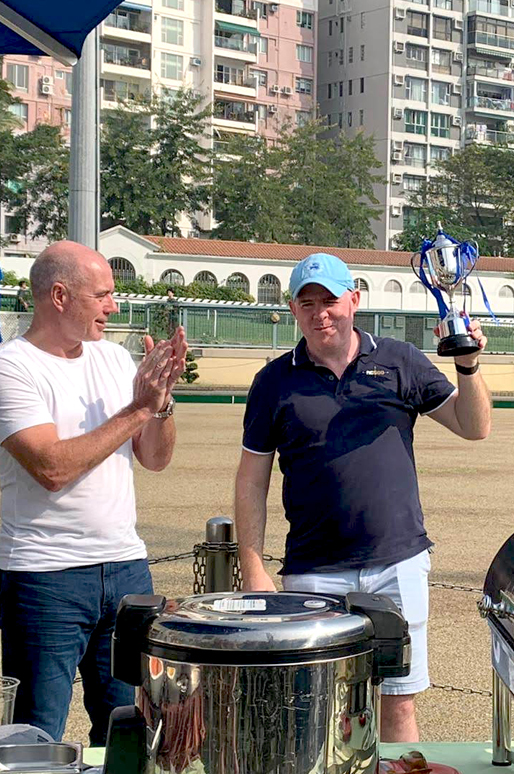 Walking into the Changing Rooms surrounded by Scottish legends, William Wallace, Billy Connolly and Wee Jimmy Crankie and with Scott Semple’s the greatest hits of Harry Lauder being pumped into the English dressing room it’s no wonder the English side looked shell shocked as they walked out on the pitch not to their national anthem God Save the Queen but the Champions League theme song?! Better prep required next year!

As in previous years the managers of both sides had arranged for the “young fit guys” to play the first half with the more experienced and cultured veterans to play in the second half. Much to the surprise of the Scotland squad Jamie Milne started in the first half!

Scotland kicked off the match and as early as they 3rd minute had struck the post. It was breathless stuff from the Scots - the English lads were hanging on and after 20 minutes of play Scotland had somehow conspired to hit the post 4 times! ..... However, we were still locked at 0-0. Kee in goals for England had played a blinder the year before, was he about to do the same again?! Chances came and went with no luck in front of goal for Stewart McInnes or the Scottish Egyptian Cafu, Amro McAbbas – this was in most part to a sterling display at right back from Mick Lonergan and then from Morgan Powell.

A Scots midfield of Tristan Chanterac, Liam Doyle, Kyle Lau and Sam Pjipers were pulling the English midfield all over the pitch and the English boys of Ben Bradley and Beckham Wilson had a thankless task and just couldn’t get near the Scots midfield on the rare occasion they got possession it was swiftly won back with a ‘geggenpressing’ style Herr Klopp would have been proud of.

Eugene Kan was solid in goals on the few times the English attackers of Robbie Scott, Niall Cox were ever able to get past the centre-back pairing of Tom McGillycuddycuddy and Andy Wylde.

25 minutes in and the brave English resistance was finally broken - via the post!! A lovely finish from Jean Maciel who would claim another goal later in the half.

Suddenly the English garrison of Rory Lonergan and Ned Millington-Buck had fallen. Further goals from Liam Doyle and Charlie Hunter – who both have a great record of goals in this fixture ensured cheers of joy from the Scottish bench, and then when Tristan curled in a fabulous free kick to make it 5-0 before half time it was apparent to everyone that England had pride and not a lot else to play for in the 2nd half.

However, our motivational leader tried his very best to instil fear and nerves within the team with his rousing half time talk.

‘We haven’t won this yet’ ‘I’m not sure 5 will be enough’ ‘we messed it up last year as well’ and the old favourite “we are Scotland and we always find a way to blow it!’. Churchillian.

Wholesale changes were made to both sides and for a brief spell it looked like our managers gloomy outlook could come true as England decided to throw everything but the kitchen sink in order to get back into the game with Mike Sadler and Martin Cerullo looking dangerous down the right hand side giving some heart in mouth moments for the Scots and some last ditch ‘industrial’ tackles from Mark Bavis kept the 5-0 score line intact helped with assured displays on each flank by Martin Sullivan, Adrian Martin and the ever dependable Andy Hunter. However, that soon changed when the lively and ridiculously flight footed Ben Haythorne absolutely burned fellow Scots Allan Fraser and Paul Ewing with a glorious turn on the touch line, cut inside and finished nicely into the corner past Callum Dunn.

5-1 English tails up and almost 5-2 immediately, the English midfield of Steve Tew and Phil Dowding were driving forward at every opportunity and but for some last ditch defending and some smart clearances it could have been ‘Disaster for Scotland’.

Scotland looked dangerous on the counter with Joel Gasche up top and so it proved when a swift attack down the English right culminated in a cross to the edge of the box , wrong footing the English rear guard. the ball dropped to myself under close attention from Neil Horton, but before a tackle could be made it was volleyed left footed into the corner from fully 25 yards..... ya beauty !!!

Credit to a number of the English players who actually congratulated me on it. That English hospitality didn’t last long however as some great play down the left ended in a fizzing shot by Pak Wan that Callum did well to palm out / offer a late Christmas present and it fell to Gavin McDermott and was swiftly dispatched 6-2 (it was a tap-in!)

Semple had seen enough and on came ‘the nutmeg king’ a nice run down the right and a cut back to the edge of the box to myself again and this time right footed I managed to find the bottom corner 7-2.

Credit to all the England players who never stopped the work rate and desire was summed up when at 7-2 down Rob Shorthouse ran onto a through ball from Nigel Baillie and clipped the ball over the advancing Kee only for a Martin Haythorne slide extending every sinew to clear it off the line, a fantastic effort.

England could have certainly scored more if it wasn’t for the misfiring efforts of Graeme Lane and Dan Lawrence as they channelled their inner Geoff Thomas in front of the Scotland goal!

Full time and after some group photos it was straight to the Sportsman’s Bar for the trophy and men of the match award ceremony with bottles of gin for the best Scots players from each half and bottles of whisky for the English. We then enjoyed a feast of yet more turkey and traditional curry washed down with drinks kindly provided by the Soccer Section. A special mention goes to Martin Haythorne who “took one for the team” by accepting the bottle of whisky on behalf of his underage son Ben’s man of the match first half performance! Unconfirmed reports are that the bottle never made it home!

A final special thanks to the Boxing Day committee, Kieran Flynn, Mia Williams and Godwin for the referees!

1st Half Man of the Match for Scotland:
Tristan Chanterac

2nd Half Man of the Match for Scotland:
Jamie McKenzie

1st Half Man of the Match for England:
Ben Haythorne

2nd Half Man of the Match for Engand:
Pak Wan