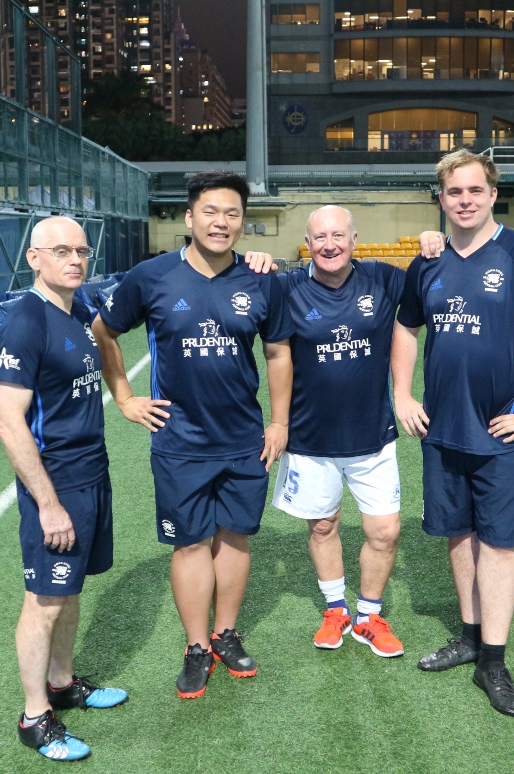 The HKFC Crusaders – onwards and upwards!!

Already almost halfway through the season and the ranks of the HKFC Crusaders continues to grow both with new players and, new coaches. One of the main HKFC Coaches – Monty – has joined the coaching ranks and he will be helping to set drills for the Tournament Squad and assist in evaluating the training techniques of the All Ability Squad. Welcome Monty!!

The less humid evenings have brought out even more players and produced a superb work rate from all, which is testing the fitness of the coaches!!

The coaches have all contributed recently to Nigel via their comments, to the re-evaluation of the programme and the Monday evening sessions and, as from early January, the HKFC Crusaders will take on a new look and move to a new level and a more detailed training schedule. More skill and demanding drills will be set for the Tournament Squad and the All Abilities group will be split into 2 sections, 1 being the introduction of a weekly “Walking Football” game – a hopeful pathway to a Tournament Squad position – and the other section being more focused drills and exercises promoting mobility, fitness, social interaction and fun. Due to this expansion of the programme, we always need more coaches and volunteers to join our ranks so, if you would like to help out with the HKFC Crusaders on a Monday evening – your presence is required and coaching ability if not 100% necessary – then please contact Nigel on nigel@nrmerrittassociates.com for more details.

Regrettably, the protests stopped the HKFC Crusaders competing in their annual exhibition match for the Operation Santa Claus charity day (late November) however, they have the HKFC International 7’s showcase game to look forward to in the 2nd half of the season.

Nigel met with Robbie Bacon – the HKFC Soccer Section Chairman in late November to discuss further HKFC Crusaders interaction with the Section and hopefully amongst other initiatives, some of the HKFC 1st Team Squad will come and play walking football against the Tournament Squad (who will not be walking!!) in the 2nd half of the HKFC Crusaders season.