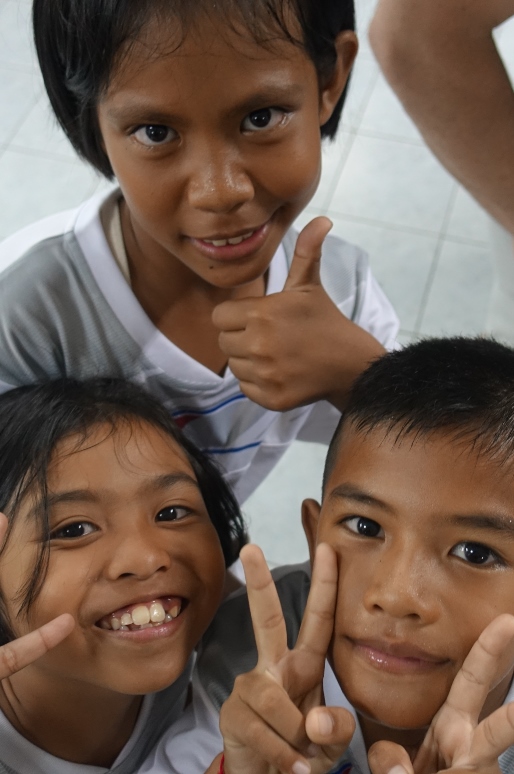 The teams gathered on a very hot and humid afternoon at the Youth Football Home founded by the legend that is Henrik Lorenz. This was the thirteenth meeting between HKFC and SCC.

It was really fantastic to see that the Youth Football Home continues to go from strength to strength and great to see a new generation of children at the Home. Some of the children we met when we first played this fixture have gone on to play professional football in Thailand and others have become football coaches and they return to the Home to coach on a regular basis.

There were eighteen members of the HKFC squad at the fixture, sixteen willing to put the boots on and run around in temperatures of 33°C. Most travelled from Hong Kong, but were also lads there from Japan and Europe. 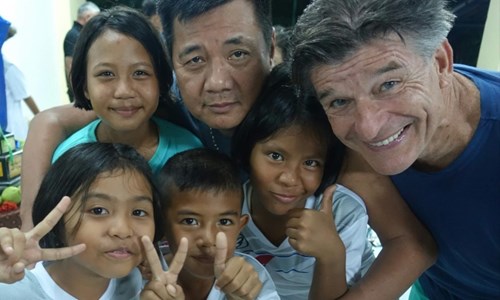 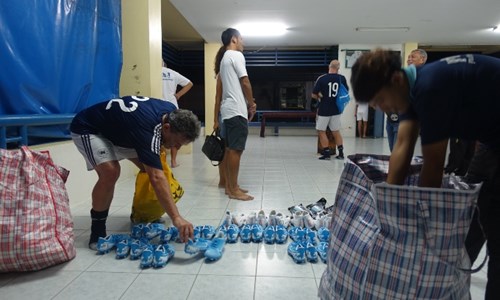 On to the game; Singapore kicked off the first 20-minute quarter and HKFC were soon on the attack. Mark Bavis started at left back and in the second minute received the ball and looked to move forward at pace, in the Andy Robertson mold, only to walk the ball over the touch-line and give a throw to SCC. Friday night’s excesses were coming back to haunt him!

For the first ten minutes, HKFC absolutely dominated the game. However, HKFC’s finishing was abysmal, you would not believe the number of chances that went begging. Ask Menopause Mark and One in a Million.

In the eleventh minute SCC had their first shot on target from outside the box and they go one up, against the run of play. HKFC continued to dominate. I could go on, but suffice to say that HKFC had 31 opportunities to score in that first 20-minute period and never once troubled SCC’s keeper.

To the second period and much the same, loads of chances no goals although HKFC were getting closer they did hit the post. Half time and SCC still led 1 – 0.

In the third quarter and legs are really getting heavy due to the heat, humidity, pitch condition and Friday night! GOAL! On 50 minutes a slick move on the edge of the SCC sees Freek play a classy one two with Fitzy and he slots it in the bottom left-hand corner in a manner which suggests that he has done this before.

The SCC keeper has made some really good saves in the last two periods to keep SCC in the game, but it’s now 1-1 after an hour.

The final period and the HKFC management are confident that this is the period that the team will grab the headlines and they did, but for nearly all the wrong reasons. SCC were really struggling, but they have a decent, fit midfield and the ball broke fortunately to them in the centre circle on 75 minutes. They connected first time and with Mark Devonshire frantically backtracking it sailed over Mark’s head and into the net. An absolute worldy! Can you believe it, total domination and we are now trailing 2 – 1!

SCC have had three shots on target. Two goals and a great save from Devo! There is no justice.

Into the last five minutes and HKFC are still pushing forward, a sense of injustice means that feelings were running high. SCC are trying to run the clock down and in the 89th minute a handbags incident sees a Glasgow Celtic supporting Dynamic receive a yellow and another yellow and therefore a red. We are down to 10 men.

Freek to the rescue and Fitzy is the provider again! In the 90th minute Fitzy plays the ball down the right and Freek runs on into the SCC box and slots it in to the bottom left hand corner, via the hands of the goalkeeper and the legs of one of the defenders. Some justice for a decent performance.

Thanks to Mick Lonergan for once again working with Iris Lai of Giga Sports to provide football boots and shin pads for the children at the Youth Football Home. Also, thanks to the 7s committee for donating the shirt auction proceeds from the Sportsman’s dinner and the HKFC 1st team for donating their prize money from winning the Singapore 7s.