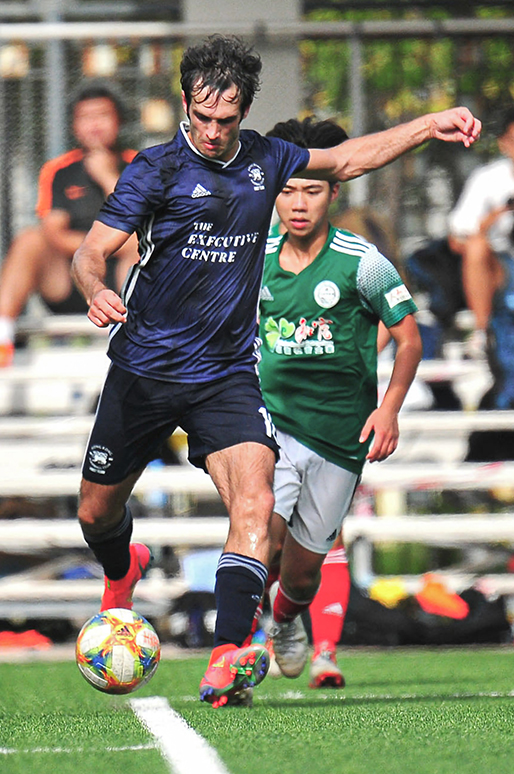 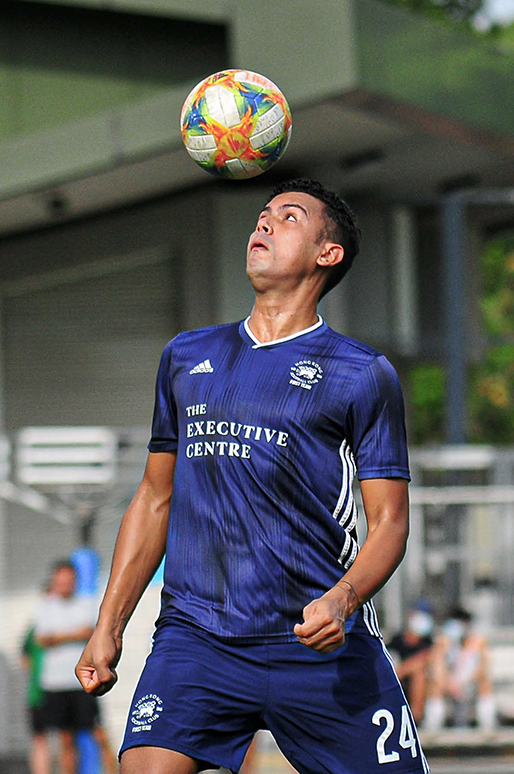 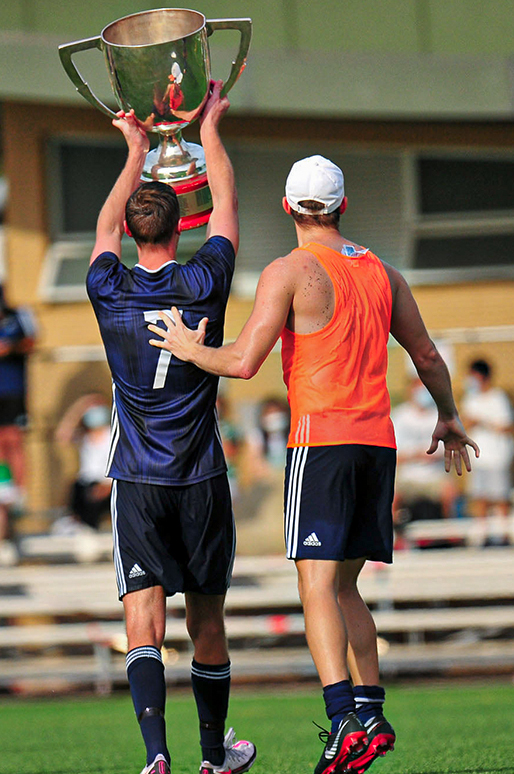 With the 2019/20 season having been postponed and subsequently cancelled around the mid-way point due to COVID-19, HKFC First Team manager Tony Hamilton-Bram made the most of the time off and recruited well on and off the field. The team welcomed Danny Beattie to the coaching team along with several soon-to-be very important players. As the squad prepared for the 2020/21 season, COVID continued to get in the way as pitches in Hong Kong were closed countless times. Tony and Danny ensured the squad remained focused by arranging weekly team hikes and Strength and Conditioning sessions (all socially distanced) as well as the regular usual training nights. The build up was complete and the squad were excited as the league was set to finally commence in November, but HKFC weren’t to be so lucky! Their first game was postponed due to the request of the opponents, before the next opponents forfeited the game in advance with the HKFC being awarded a 3-0 victory without kicking a ball! The team were beginning to think they would never play again as the following week the pitches closed again due to another outbreak.

The pitches finally reopened again at the end of February and the squad were able to complete their fourth, maybe fifth, but final pre-season. Having been unbeaten in all friendlies, the team came into the league opener on the 28th February full of confidence. A routine 3-0 victory set the team up strongly and they went on to win the first 5 games scoring 19 goals without reply. The end of April moving into May would prove to be much tougher and the team were forced to dig out some results, winning 3 games in a row by only 1 goal. In the last of those 3, and the 8th game of the season, the team conceded their first goal of the campaign, from a well struck free kick.

The following week the team had to make the long journey to Fanling as they faced title challengers Golik North District, who were only 2 points adrift at the time. It was another hard fought game in horribly hot conditions, but HKFC prevailed, claiming a convincing 3-0 win. The following week, after sailing to another 5-0 victory over Wing Yee Property, Golik North District slipped up and dropped points. The team were quick to calculate that a win the next week would see them mathematically crowned league champions. With everyone well aware of what was at stake, no time was wasted in messing around, racing to a 7-0 lead at half time.

The game would then finish 9-0, the biggest win of the season, and HKFC were confirmed champions of the HKFA First Division!

Although jubilant about the achievement, Tony and Danny reminded the squad that only half of the job was completed and the aim was now set to finish the season by winning every game. With a comfortable 3-0 victory in the second from last game, this didn’t seem an issue, but the final game of the season would prove a struggle. After taking an early lead in the game, HKFC found themselves trailing 2-1 and then 3-2.
After equalising 7 minutes from time, HKFC got the well-deserved winning goal in the 93rd minute and final kick of the game. The celebrations were outstanding and a great way for the team to end the season.

Although this year was a shortened season, everyone involved with the First Team, staff and players, deserve huge credit for the achievement of winning 13 games from 13.

Congratulations to the joint top goal scorers, Jean Maciel and Antoine Sahaghian who both finished on 7
goals for the season. Finally, a special mention must go to the very impressive performances week in week out by all defenders and both goalkeepers, which saw the team only concede 1 goal in 12 games, and none from open play (let’s not talk about the 13th game!).

The squad would like to say a massive thank you to Tony and Danny for their relentless enthusiasm, commitment, will to win, and overall hard work put into this season as they set the high standards every week which have allowed the team to enjoy the success they’ve had. An additional thank you and well done must go to Anthony and his medical team who have worked hard at ensuring everyone is fit and ready each week, along with dealing with the moans and groans from the softies.