Loops The Island for Charity 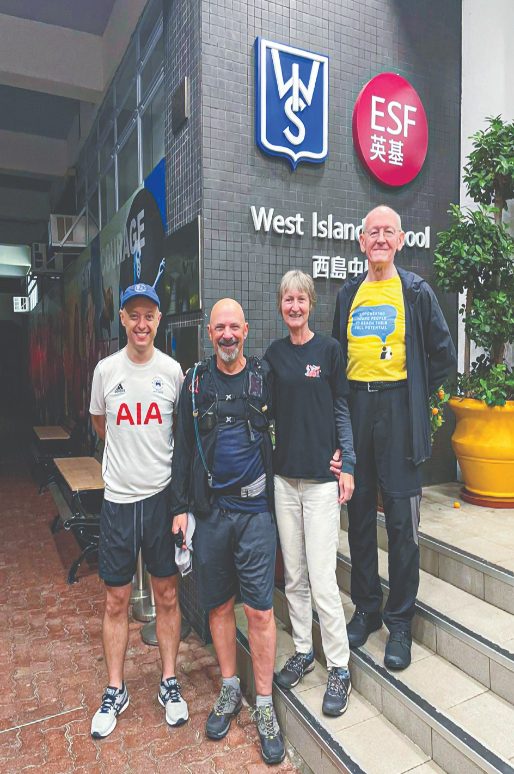 Loops The Island for Charity

From late February to late March this year, Junior Soccer organised the first ever Loop the Island - a virtual run and hike. The aim was to see how many kilometres the Junior Soccer family (players, players’ families, coaches and friends) could accumulate and hence how many times we could virtually loop (or circumnavigate) the approximately 60KM Hong Kong Island coastal path.

Nam Nguyen, Junior Soccer Chairman “During the time we are living through, we know that there is nothing more important than keeping active to help our physical and mental health and Loop the Island was designed to get our community engaged and moving! We also set out to raise awareness of a really important topic for young people in Hong Kong”.

Martin Cerullo, Loop the Island organiser and head coach of U14 Girls, adds “We wanted to connect Loop the Island to a really meaningful cause impacting Hong Kong. Mental health in Hong Kong has a long history of negative connotation and stigma, experiencing a lack of support and resources. The situation has, in many ways, been worsened by the current pandemic, where the challenges we are all facing are exacerbating mental health issues. We decided to partner with the Kely Support Group and the Weez Project, who both do amazing work to raise awareness of and improve the mental well being of Hong Kong’s young people”.

Loop the Island started on 26 February with Tony Bruno, the founder of Weez Project and longstanding HKFC member and U18 Coach, doing a solo loop, anticlockwise in 12h58m. A brilliant effort from Tony and a great way to kick off the month! This was then followed by close to 100 Junior Soccer community members joining the HKFC Junior Soccer strava running group and clocking up as many kilometres as they could - running or hiking all across Hong Kong.

Saturday 27th March, the last day of the challenge, started very early for an intrepid group of 14 Junior Soccer coaches and friends. Setting out at 5am from the Yacht club in Causeway Bay, the plan was to do the loop clockwise, with the challenge of 60km and 1000m elevation in front of them. Splitting into 3 groups, they set off in great spirits and begun to settle into their pace. Kely Support Group had set up a refreshment and cheering station roughly half way round, which was a very good boost to morale. With the groups sharing their locations live, the Junior Soccer players were kept updated through the morning with announcements in the stadium and the locations being beamed to the scoreboard. While there were ‘moments’ for all groups, they fought on in the increasing humidity and heat of the day to smash the challenge!

The first group back completed the loop in a very fast 6h24m, before heading to HKFC for a celebratory lap of the pitch with Junior Soccer players. The second group finished in 8h42m, the third in 11 hours and the final group in 12h25m. All rushed to the Sportsman’s for some much needed refreshment! Photos from the day are on the Junior Soccer Instagram feed.

Having set out to virtually Loop the Island, the Junior Soccer community in total completed  6206 KM in the month – an incredible 63 loops around Hong Kong Island!  The U9 Boys were the top team with 900km closely followed by U14 Girls with 827km. Of the community members who take part, a special mention for Jenny Lee, U14 Girls parent. As well as covering the most distance in the month racking up over 330 km, she did a full loop solo in under 10 hours in the last week of the month.

At the time of writing, Junior Soccer had raised over HKD 100K for the charities. Tony Bruno shared "Loop the Island has been a fantastic event. It's been brilliant to see the Junior Soccer community get so engaged with and supportive of both the event and raising awareness of mental health."

A great first  year for Loop the Island and look out for news as we will be organizing it again in 2022. A big thanks to Tag (www.tagww.com) for the pro bono design of the amazing Loop the Island logo, Wilfred Wong for everything techy, Jenny Lam for the tracking of the KMs, Chris Chan for organizing the shirts and Martin Cerullo for creating and driving  the whole event.