The annual Summer Soccer 6’s Tournament signed off for 2022 with Lucky Mile defeating Colts in the Cup Final and Spartan Masters defeating HKFC Rovers on penalties in the Plate Final.

The competition which was held every Tuesday evening in July was contested by six internal HKFC teams and four external teams.

The Soccer Section Committee would like to thank all the teams who participated. Thanks also to the organisers, Austin Mok and Perry Ng from Gazelles and Rovers, respectively. Lastly, thanks to Chris Chan and Kieran Flynn for helping set up the fields and referee the games throughout the tournament. 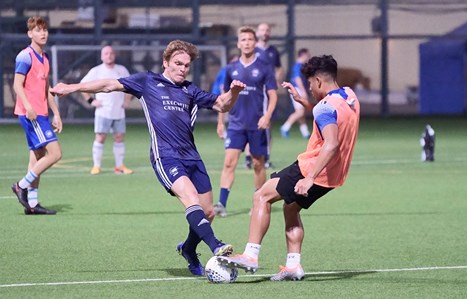