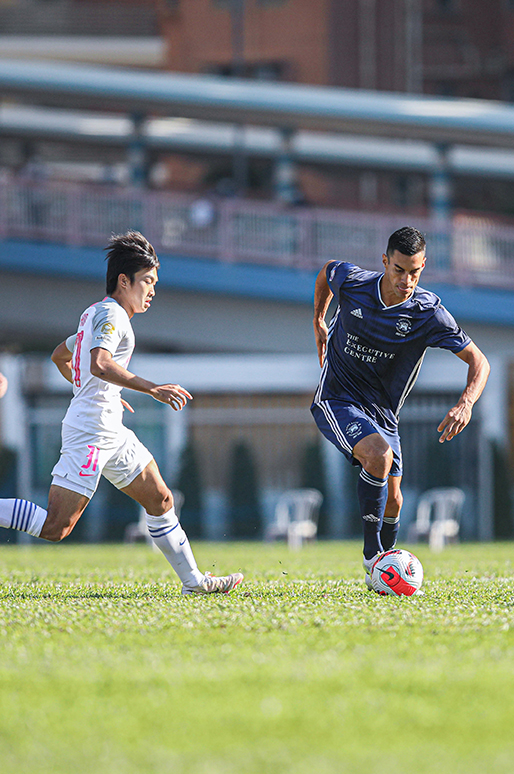 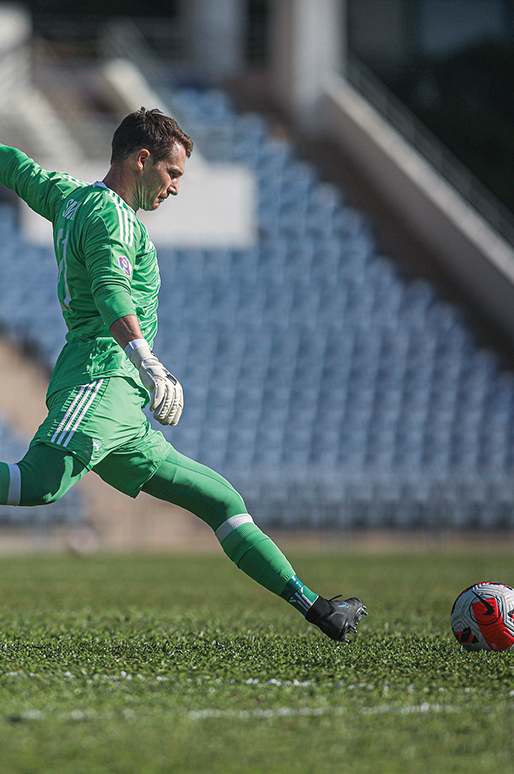 HKFC are back in the Premier League for the 2021/22 season. After four years in the 1st Division, winning two of the last four seasons undefeated, HKFC have now officially re-joined the fully professional, top football league in Hong Kong. This article asks Soccer Section Chairman Robert Bacon on how they got there, the plans for the future and how they have started.

“We are working hard in training and want to be competitive in the Premier League for the coming seasons; it may take a little bit of time to match the pace and physicality of the professional opposition, but we are confident that we will get there. We are also privileged that HKFC already has very loyal support from its membership and we look forward to hosting some great matches at 3 Sports Road.”

Why is HKFC moving up and how did this come about?

“The team has been incredibly dominant on the pitch in the 1st Division and the group earned the right to compete and test themselves at the highest level. We reached out to the HKFA, initially about promotion for the 22-23 season as the administrative and recruiting process usually takes over six months to prepare. However, the HKFA invited us to play this season and we managed to secure several exemptions that made it possible to make the jump immediately. The hastily arranged PL sub-committee only received the invitation at the end of July and did an incredible job to come to an agreement with the HKFA and called and passed a Section-EGM in only four-weeks! The Section was impressed with the work and passed the motion unanimously.

What is different this time?

“The exemptions are the major difference. The two major exemptions received were (i) the option of no relegation for three seasons; (ii) an exemption from the onerous ‘local player rule‘ (that requires all payers to be Hong Kong passport holders, except for 6 non-local players). The team only requires three local players on the pitch at all times for the first season and there is a transition agreement for forthcoming seasons. This allowed the existing group of members to all go up and compete as a team without too many additions. The Sapling Cup now requires three local players U23 on the pitch at all times, which is difficult for the Club to fulfil. COVID has impacted the league and there are only eight teams competing this season.”

What are the objectives this season and for the future?

“This season will be a transition year. It is a great opportunity for the existing playing members to play at the highest level in Hong Kong football. The team and the Section will be working hard to catch up, and to develop and implement systems of support in place around fitness, honorariums, match-analysis, scouting and recruitment to help the players bridge the amateur-professional gap. In the boardroom, it’s a difficult time in the sponsorship field but we are working hard to develop additional income and revenue streams. Ultimately, the exemptions allow us time to transition, and we will look to leverage HKFC’s existing football eco-system to support the team and if successful, we have a chance of transitioning and sustaining a competitive team in the Premier League.”

How has the season started?

“HKFC’s season has started with some tough matches and close calls in both the Sapling Cup and Premier League competitions, serving as a stark reminder of the difference from Division One and their current competition at this promoted level.
As things stand at the time of writing (1st December), HKFC are sitting 5th in the Premier League, having secured their first point from their first three PL games, scoring a respectable total of four goals. Despite not recording any wins so far, there have been a lot of positives from the matches played and it’s a solid base to build on for the remainder of the season in 2022.”

“We have also been building a youth pathway for more than a decade and there is plenty of talent in the pipeline. This is a great opportunity to compete in the Premier League and we are confident that we can add to the success of Hong Kong Football Club and it’s 135 year history.”

Look out for the HKFC 1st Team fixtures in 2022, especially the Home Games, and come down to support the team. We want the whole Club to get behind our boys and give HKFC the atmosphere to create some memorable wins in the second half of the 2021/22 season.