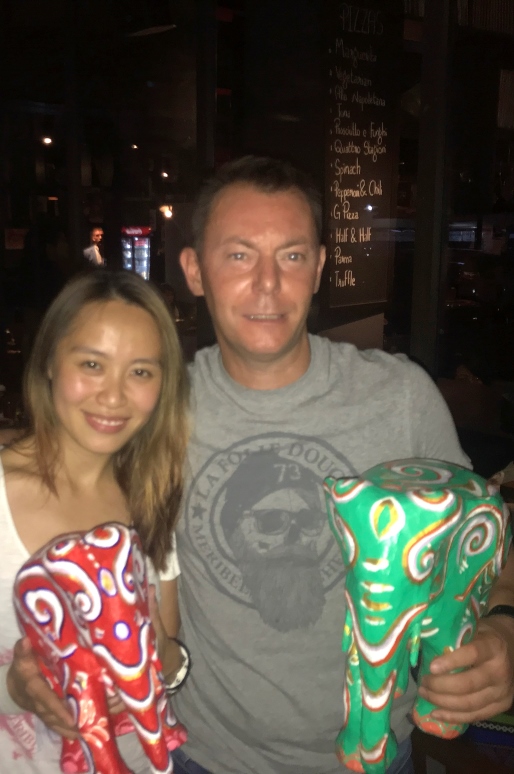 This Burma doubles tournament was in its 4th year and with Glenn Hitch and myself being the inaugural winners, I was determined to put on a good show. In the absence of Glenn at this year’s event I was fortunate enough to have Carmen Lee partner me take on this year’s opponents. The tour kicked off with a round of golf with our old buddies from the Tanglin Club of Singapore.

The start of the squash tournament came early on Friday morning with the format being 2 boxes with 6 teams in each box, so a total of 5 matches. The winner of each box would go through to the final on the Saturday. The teams came from HK, Singapore, UK and Burma. Carmen and I got off to a good start with 2 wins within the first 2 hours, and then proceeded to play our remaining 3 matches within the first day without dropping a single game, which thus secured our place in the final.

Field Pickering from Tanglin Club had made an excellent job of organising a few dinners throughout the weekend and Friday night bash was a belter with drinks at Yacht club followed by dinner and pub quiz at a local favourite restaurant.

Saturday saw the remainder of the group matches being played and with 2 teams tying for 1st place in the second box it’s was decided that least games losses would decide which team went through the final with Carmen and myself. Field and his local Myanmar partner made it through so the scene was set for our final.

With our handicaps being similar we only started with a -1 point in the first game which we managed to take relatively easily by winning 15-9 but with a twist to the handicap scoring system, if you won your first grand you then were handicapped a further 5 points for the 2nd game, which saw us starting off at -4 and Field team +2 which made things a lot closer in the second game and we were 9 - 0 down before we knew what had happened , but with Carmen seeing her first doubles victory in sight and my 10th we battled it out and wore the opposition down and eventually won the 2nd game 15-13 to take the title.

We were utterly delighted with the victory and celebrated with a few local beers court side.

Our Burmese elephant trophies were presented to us at the farewell dinner.

A big Thanks to Field Pickering of the Tanglin Club Singapore for organising the event again this year.