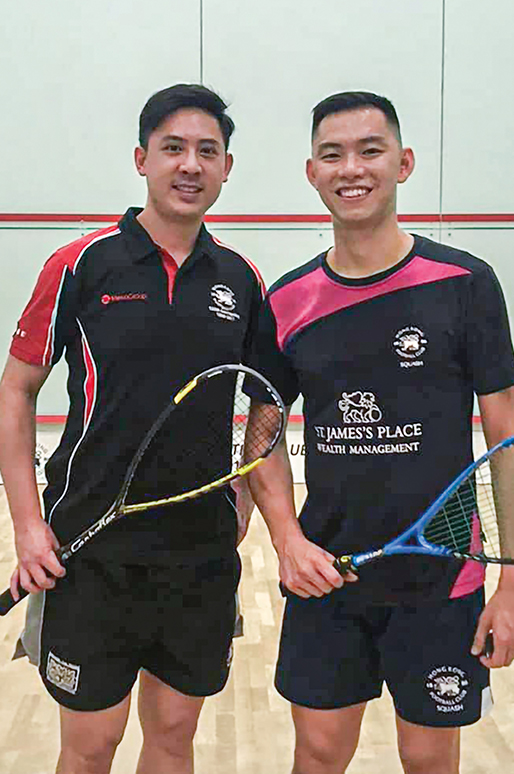 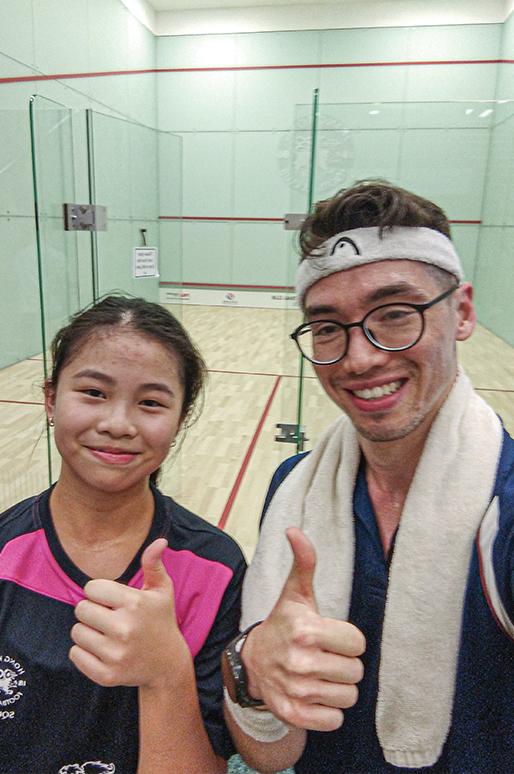 This summer, 130 Squash Section members took to the courts for HKFC’s annual Summer League. Some looking to sharpen their squash skills before the long awaited winter league, others, the pre and post-match pints. Over the course of 3 months, we had gruelling matches and shocking upsets as 22 teams battled it out on the league tables across 4 divisions. As was usually the case when adults are left to their own, we ended up with team entries such as “The F Ups”, “Deuce Lay Low More”, “Let's Stroke Rubber” and “The Untouchaballs”. Well played.

Starting with Division 4, “Team B”, led by Rahul Dansanghani, won the overall league on points, whilst “Team C”, led by Gordon Chan, took the final victory in the play-offs. Whether the final league position or the play-off results matter, more will undoubtedly be hotly debated. Until next year. Though Rahul, and the rest of Division 4 dare I say, struggled to come up with a creative and pun (pun intended) team name, he did produce fine form, making it through the Summer League undefeated and earning him an honourable mention here. Well done to both teams!

In Division 3, we had a tightly contested league with “The Racketeers”, led by Chung Leung, edging out “It’s Coming Home”, led by Arun Kirpalani, in both the overall league table and the play-offs. Sorry Arun, guess it’s not coming home after all. Clarence Lam of “It’s Coming Home”, however, did bring it home, not dropping a single match and earning himself bragging rights for the foreseeable future.

Now Division 2, “Let’s Stroke Rubber”, led by Adrian Ng, won the overall league on points, and in this author’s eyes, the team naming competition as well. “Cupping Room”, led by Teddy Pun, however, took victory in the play-offs,courtesy of a fine summer from Christian Hibberd who has yet to lose a match.

Moving on to Division 1, we had in the play-offs the old rivalry between Eric Ho and Vincent Yu and their respective teams “The Untouchaballs” and “J.A.R.V.E.S.”. After a hotly contested play-off, “J.A.R.V.E.S.” took the victory, as well as the lead in the final league position. “Maybe the real summer league was the friends we made along the way”, said a distraught Eric after the loss. Anson Tong who remained undefeated took MVP of Division 1, and should consider perhaps quitting his day job and turning pro.

Play-offs day, in which all 22 teams played off to their final positions, was capped by an eagerly anticipated
Squash Section social MC’ed with Shaggy’s smooth Scottish accent and expertly thrown by our own Romain Chatté and the HKFC F&B team. An evening of free flow barbeque and drink.

Congratulations to all the teams and players who took part and a big shout out to resident Director of Squash Carlos Cornes and the rest of the committee for putting it all together.