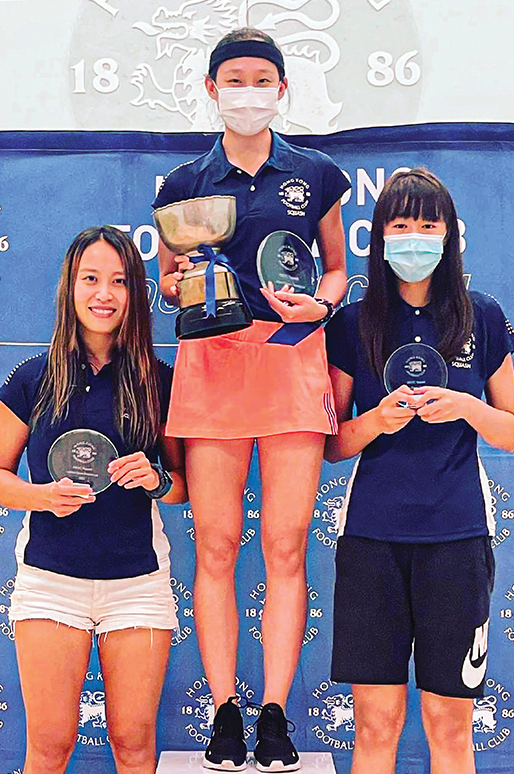 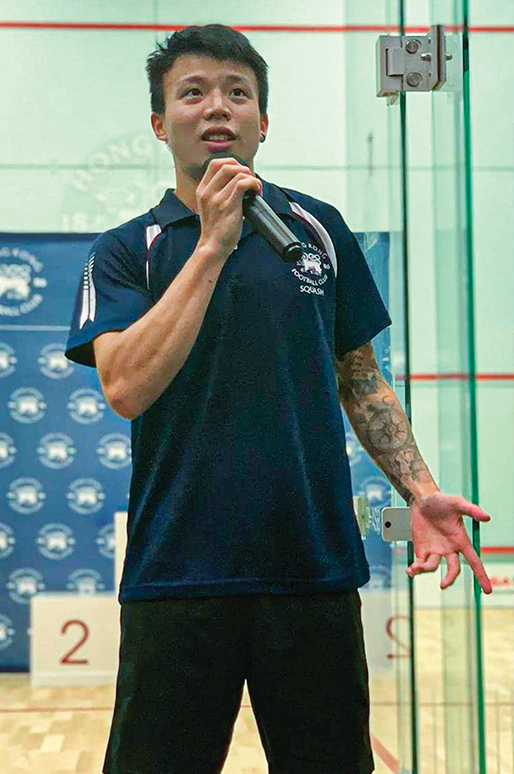 The 2021 HKFC Club Championships kicked off on 12th April, with immense anticipation after a tough year of restricted court time. For the first time, players would play off to an exact place in the 128-person draw, giving everyone seven rounds of matches to play and a whole year of bragging rights if you finished above your mate.

In the Men’s main draw, there were some impressive games to watch, including a 90-minute marathon last 16 between Eric Ho and Nathan Rosenzweig – the latter coming out on top. I myself had the pleasure of sharing court-time with world number 68 Carlos Cornes, falling far too short despite constant efforts to go for the towel to slow down play. Hong Kong’s number 1 Max Lee unfortunately pulled out early due to injury, paving the way for the brilliant Andrew Ward to advance through to the final to take on the Chairman’s Cup finalist, Alex Lau. In a thoroughly entertaining final, Alex came out on top despite a noble effort from Wardy.

On the Women's side, 9x champion Carmen Lee faced stiff competition from the Club’s emerging junior talent, coming through two tight 3-2s in the quarters against Mariko Tam and in the semis against Valeria Huang. Her opponent in the final came in the form of Hong Kong’s number 1, Tomato Ho, who had been boasting her dominance over the men by winning every box league game to date, which I believe without dropping a single game. Tomato proved to be too strong in a great final, rounding off a fantastic first year at the Club with her first Club Champs title.

In the Master’s competitions, Ruchika Kumar came through convincingly by winning every match 3-0 to upset the seedings, while Lincoln Chan and Keith Frith added to their previous titles with some impressive shot-making (beware of the Lincoln Chan trickle boast).

This summer we say goodbye to Nathan Rosenzweig, setting off to the US with his family where he’ll no doubt
burst onto the Junior squash scene. Nathan won the Junior Boys by beating Lucas Tulloch (there should be a Super Juniors for Lucas!) and also claimed Men’s Player of the Year.

Congratulations and thank you to all the players, organisers and spectators for making this a fantastic event on the calendar in a really tricky year. The finals day in particular was as glamorous as an Olympic final, with disco lights from a raging high-school party, music from DJ Gergo Schlosser and emceeing by Will Chapman, streamed live on Facebook and YouTube for the rest of the sporting world to tune in jealously. A big thank you to our new Director of Squash Carlos Cornes and the committee for making it all happen.