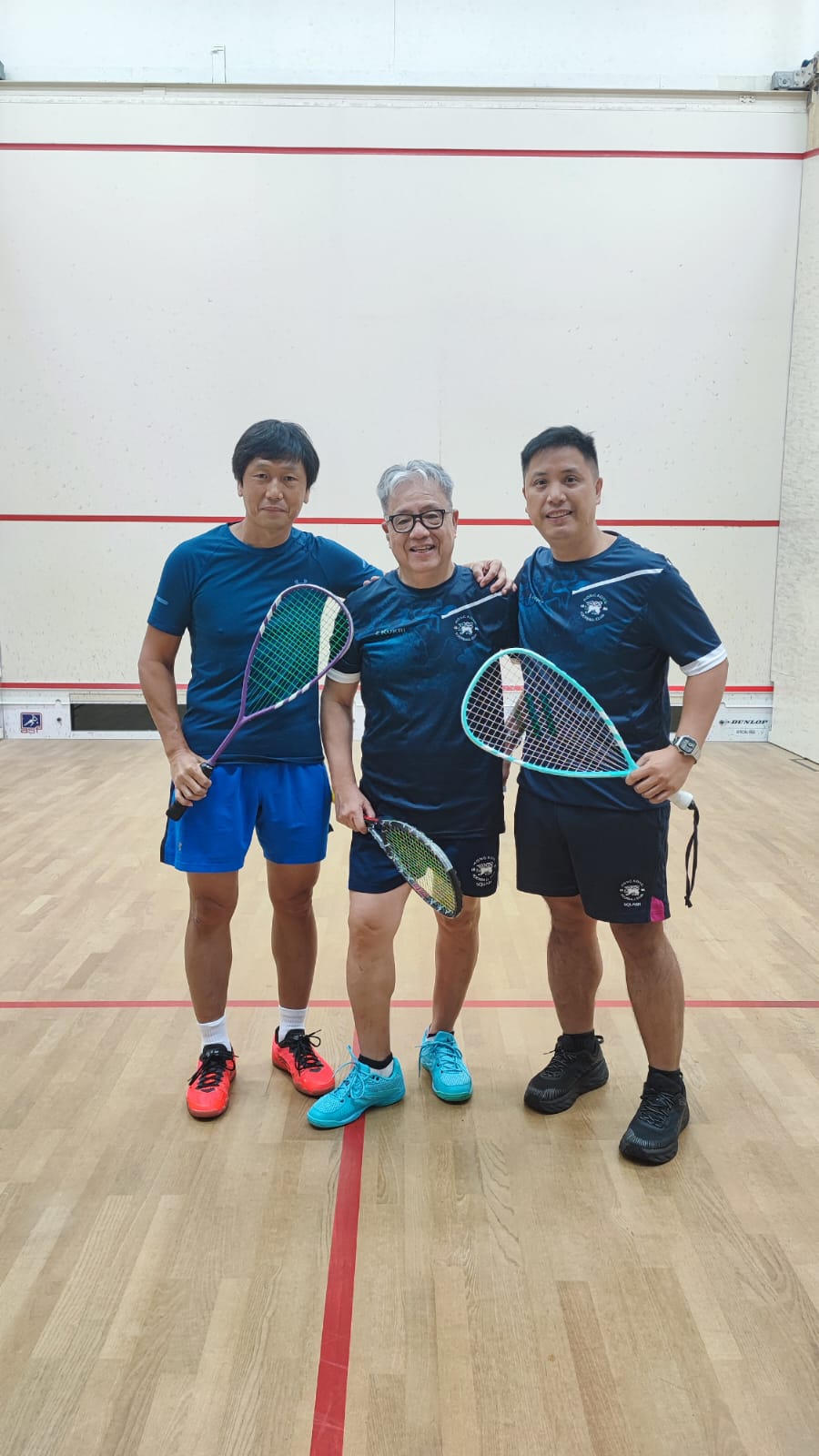 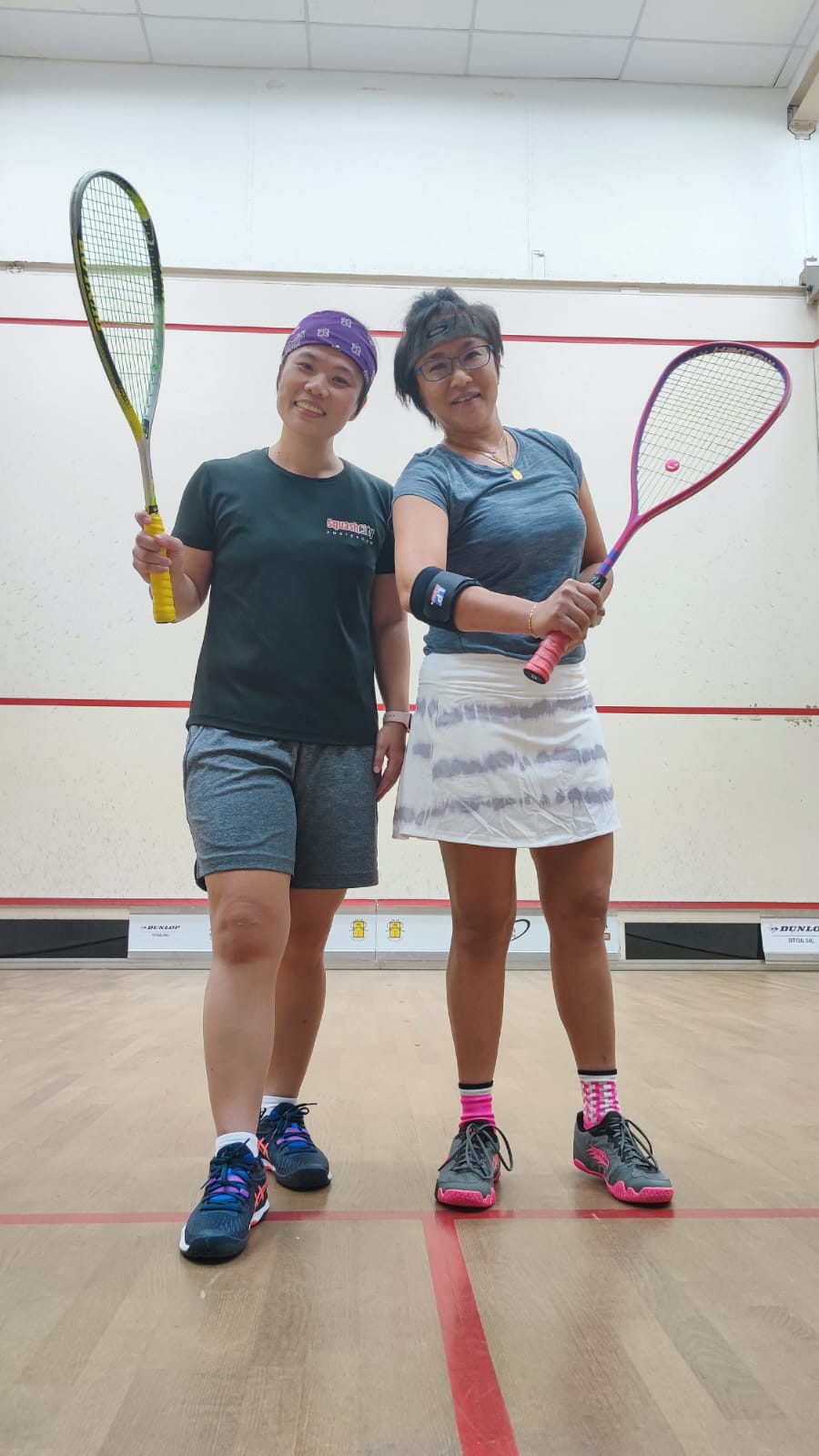 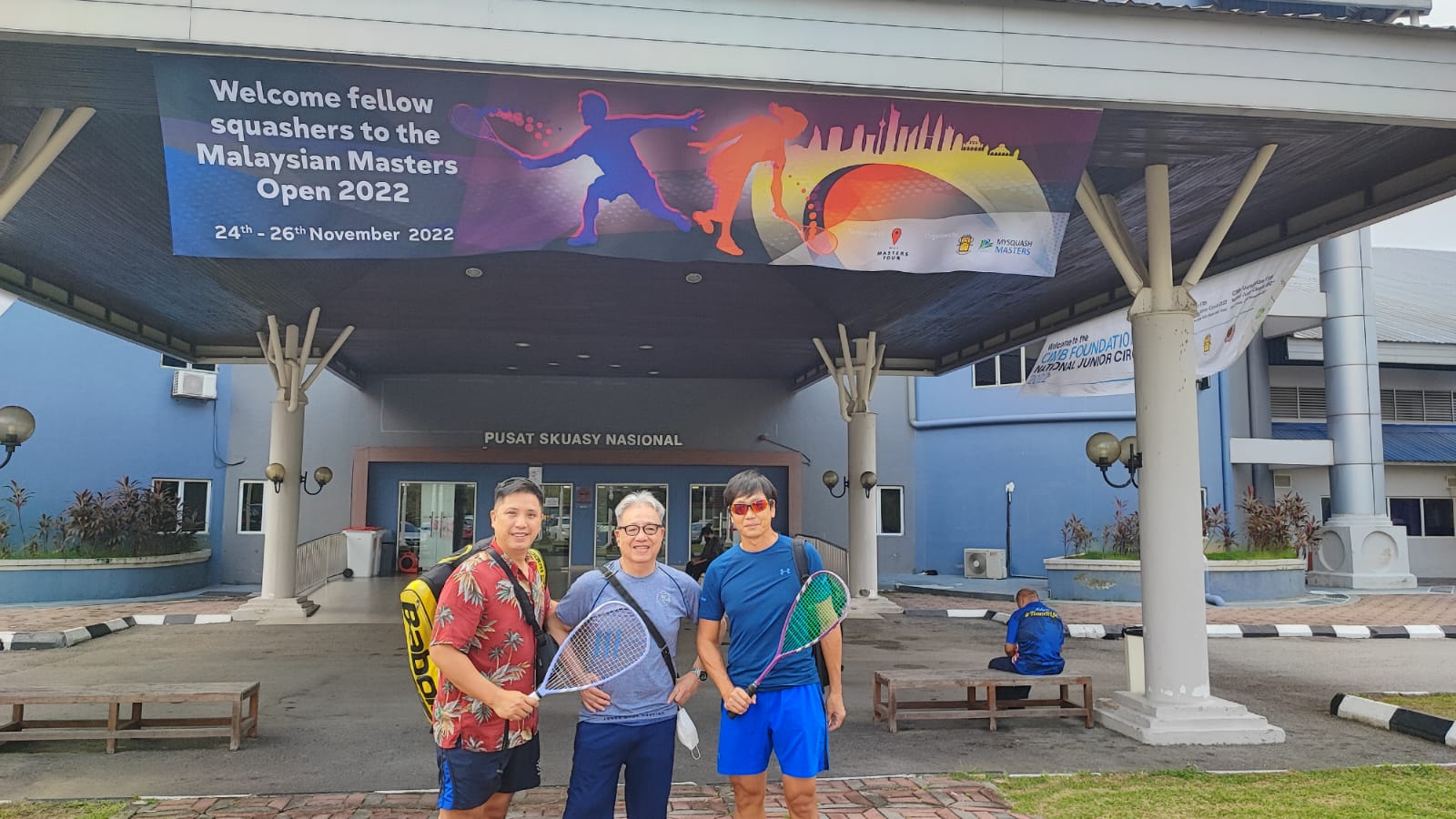 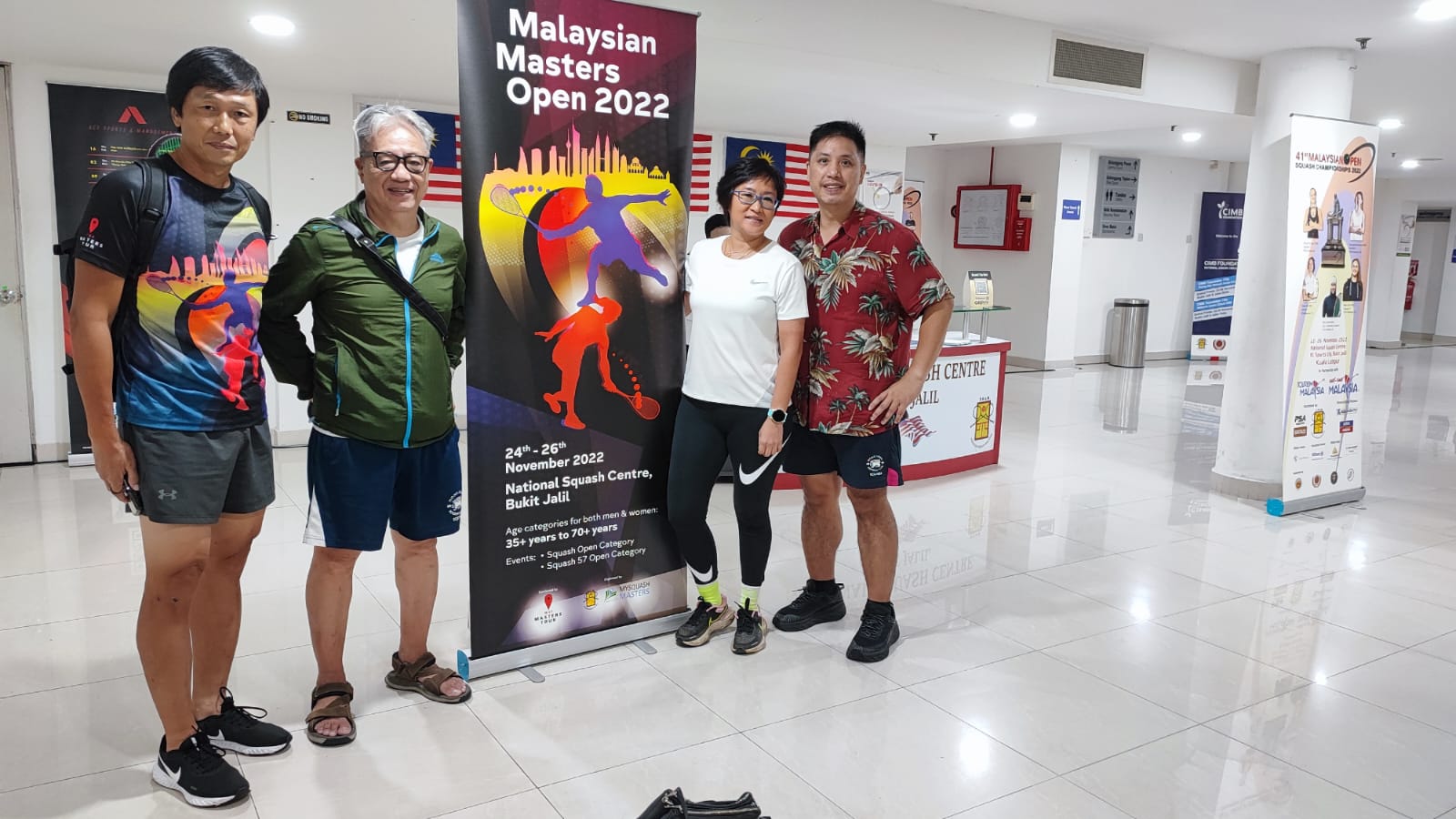 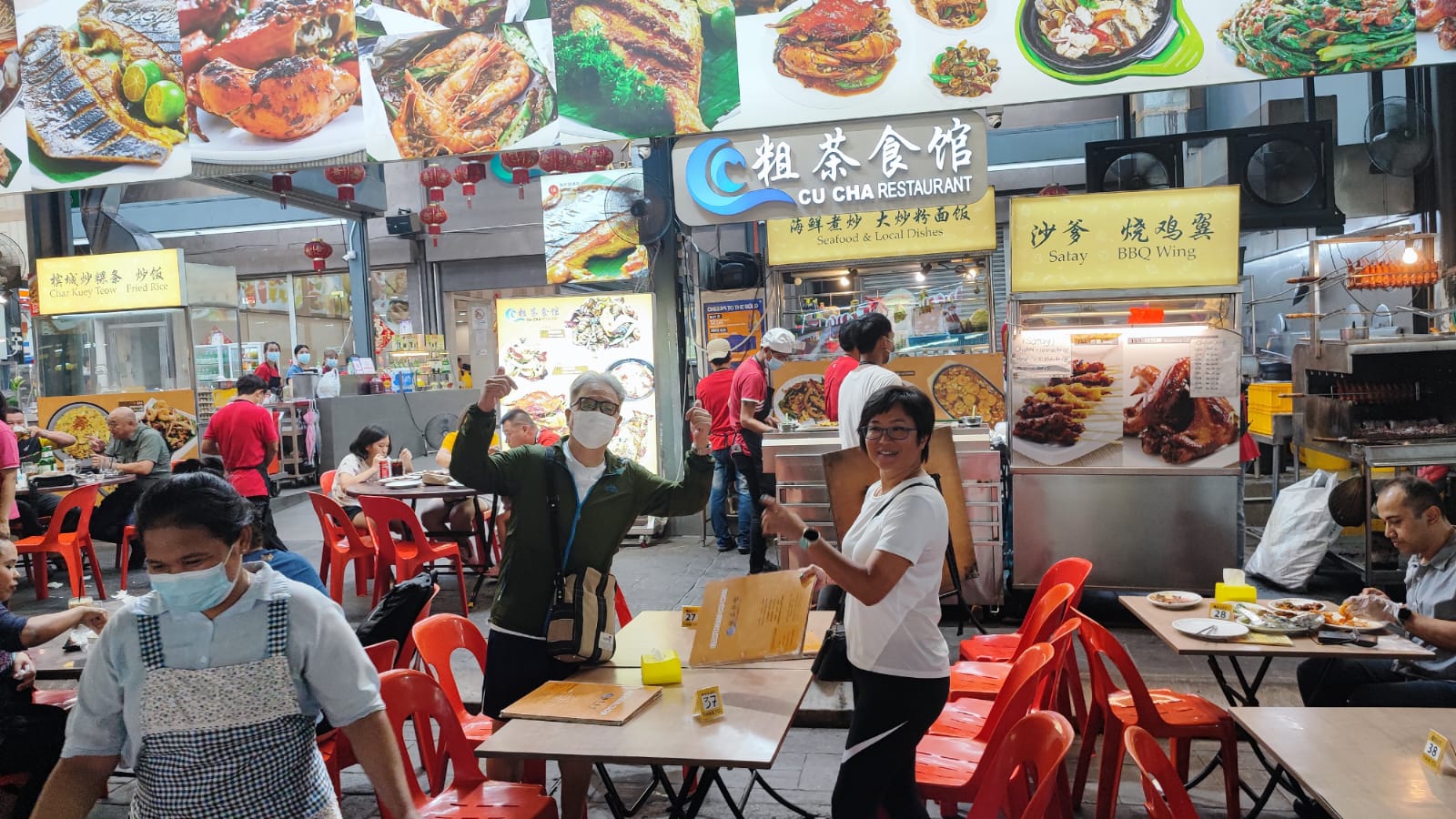 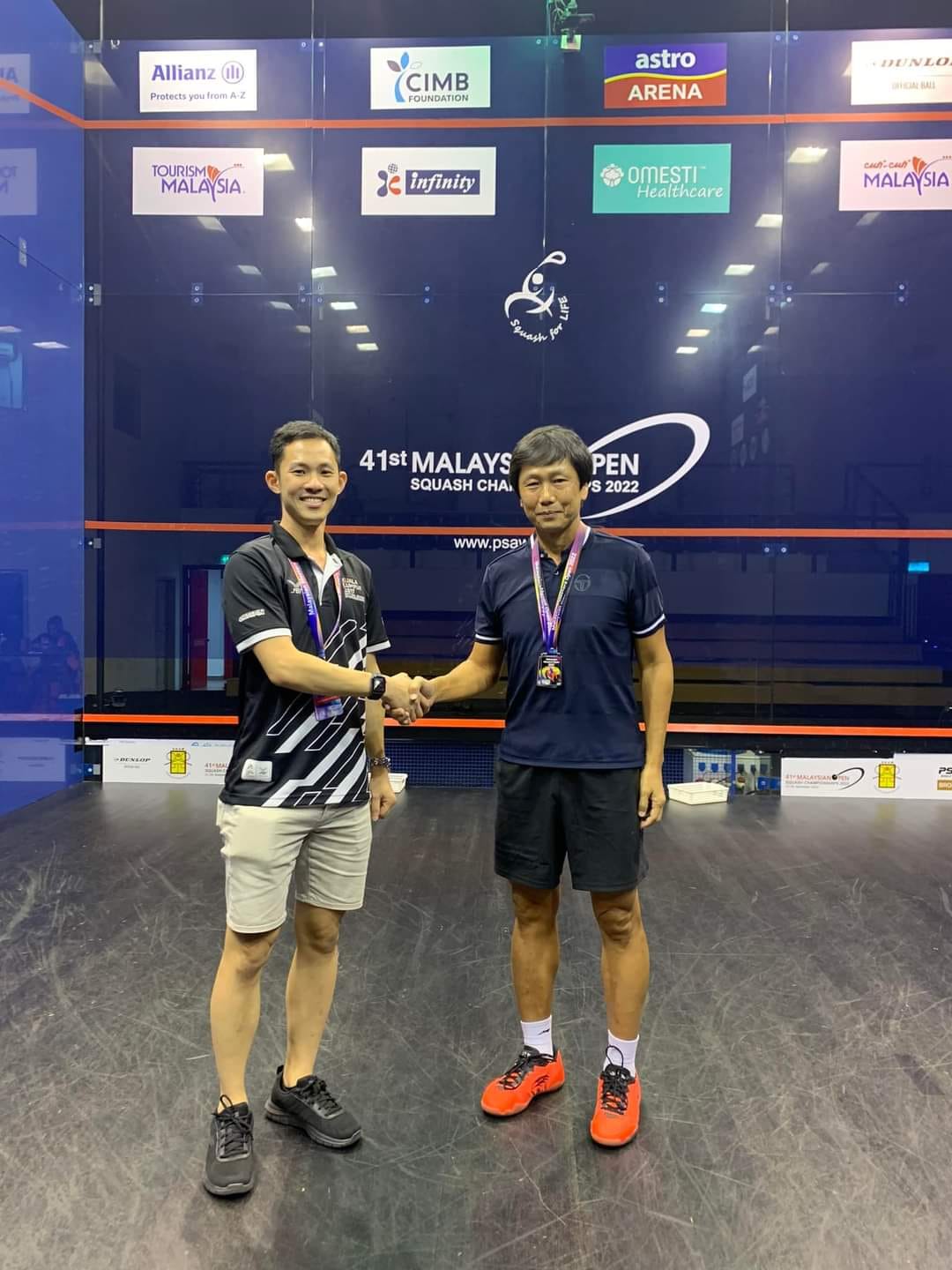 The City lock down restrictions loosen up, the World Cup Football was on, the PSA Malaysia Open was on, I said YES immediately when my son Adrian asked me casually if I wanted to play in the Malaysian World Masters. I enrolled in the 70+ age group.

On Wednesday 23 November, we flown in arriving the Suite Dreamz Hotel, a stone away from the squash centre Bukit Jalil National Stadium. Food streets and bars lined up on both sides of the road right along the hotel, entertainments would not be short.

The following day (Thursday), I was joined in by TK Yeung, who had just retired from his government post, and the beautiful Jasmine Tan, who was now stationed in KL. I played my first match at 9:30am, just made it in the fifth 11-6. Played my second in the afternoon, lost 1-3 and progressed onto the plate.

On Friday I played my third match 10:30, went down in straight games and was quite worn out. I could swear I would have won it all, if I stayed in the Footie's gym a little longer, my fittness a little better, or so I thought.

Adrian played his second match against Jahangir Khan went down 0-3, played his second racket ball match winning 2-1. TK played and won his second squash match 3-2 and progressed to the final which took place in the prestige center court. Unfortunately TK has a much shorter recovering time than his opponent, loosing 3-2 to secure a silver medal. Jasmin met strong opponents both from local and Japan, and finishing well her final position at no.4.

Later that Friday night, Tournment Director Choon Hong Teh took us to the famous Alor Street for dinner and oh, what a sight! The food was fantastic, beer super cold, the atmosphere was electrifying, I came to see the true colours of the KL night.

On Saturday I played my fourth and last match. My opponent was Mr Leong Ching Wah from Ipoh, who was very fit and a hard hitter and beat me in straight games. Mr Leong warmly invited me to play in Ipoh on another occasion, I would give it some serious consideration to level my score. TK played well in racket ball and came third to secured another bronze medal. Adrian finished 4th place in Squash and came 2nd runner up in Racket Ball. And that pretty much wrapped up my Malaysia World Masters 2022 expedition.

A final word: senior year is about taking new challenges, making new friends and celebrating all the old ones. The most important thing is to always be true to yourself, no matter what others say (quot).

Please note next squash tour is on 16 -19 February 2023, the President Cup in Singapore, to be held in the famous Tanglin Club.