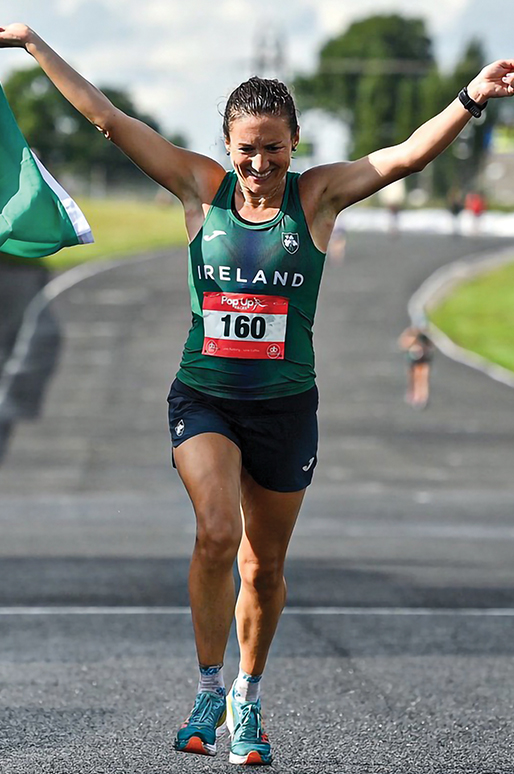 On 21st August 2021 in Kildare, Ireland, Caitriona Jennings, an Olympian and Swimming and Triathlon Society member, led the Ireland Women’s Team to the first ever victory in the 26-year history of the Anglo Celtic Plate with a record breaking time of 7:43:01. This beats the previous Irish record of 7:52:45 set in 2007. In the 100km race, Caitriona claimed the Irish National 100km title, beating all Irish males and females combined.