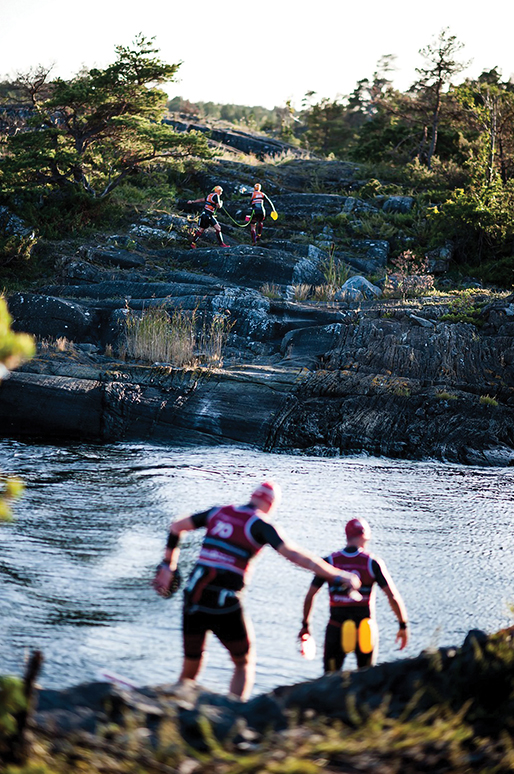 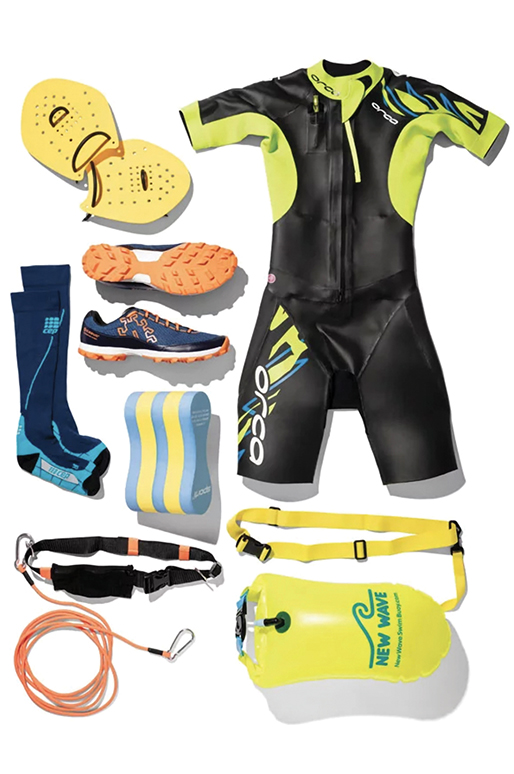 Swimrun is a new sport at the Swimming and Triathlon Society. It is an endurance sport that combines open water swimming and running, and provides a total freedom of movement. In order to avoid change of gear at transitions, Swimrun athletes carry all their equipment all the time. They swim with their shoes, and since shoes tend to drag you down, athletes are allowed to use a pullbuoy between their legs and hand paddles to swim faster. In a Swimrun, you alternate between swimming and running multiple times in a race.

Swimrun is about experiencing nature in the purest possible way, sometimes unpredictable, always raw and beautiful. Athletes are in harmony with nature, and respect themselves, their teammate, others and the environment.

The Story of Swimrun
Swimrun started with a drunken bet. Four friends from Utö, an island in the archipelago of Stockholm, challenged each other: the last team of two reaching the island of Sandhamn over 50 kilometres away would pay for the Hotel, dinner and drinks for the winning team.

Two teams of two started the next morning with the only rule being that they had to pass the three different restaurants on the islands between the start and the finish. It took them more than 24 hours and they were too tired to party on arrival.

In 2006, Michael Lemmel and Mats Skott were asked if they could make a commercial race out of this crazy challenge, and they called the race ÖTILLÖ (island to island in Swedish). The sport of Swimrun was born!

ÖTILLÖ is the leading brand and the origin of the sport, and ÖTILLÖ, the Swimrun World Championship, is the original Swimrun race. In the first couple of years, only 11 teams started, and only two managed to finish within the time limits. Today, the race is internationally recognised as the SWIMRUN WORLD CHAMPIONSHIP, which consists of 10km of open water swimming in cold, sometimes rough seas with a lot of currents, and 65km of technical trails and slippery rocks, over and between 24 islands in the Stockholm archipelago. The 15th edition of the ÖTILLÖ, the Swimrun World Championship, will be held on 6th September with 160 teams from 21 countries and among them the best Swimrun athletes in the world. It has been ranked by CNN as one of the toughest races in the world.

Swimrun Today
The phenomenon of alternating between running and swimming on a natural course has grown to be a new popular sport. Swimrun is one of the fastest growing endurance sports around the world.

Several members of the Swimming and Triathlon Society are now hooked to the sport, and members have won 5 of the 7 Swimrun races overall that have been held in Hong Kong so far, all organised by TerraMar Hong Kong.

Two of our members, Athlete of the Month Matthieu Maury and his teammate Nicolas Gontard, have participated in 2 of the 9 ÖTILLÖ World Series races in Hvar (Croatia) and Cannes (France), which are qualifier races for the ÖTILLÖ Swimrun World Championship.

If you are interested in joining us on races or training, please contact the Swimming and Triathlon Society.