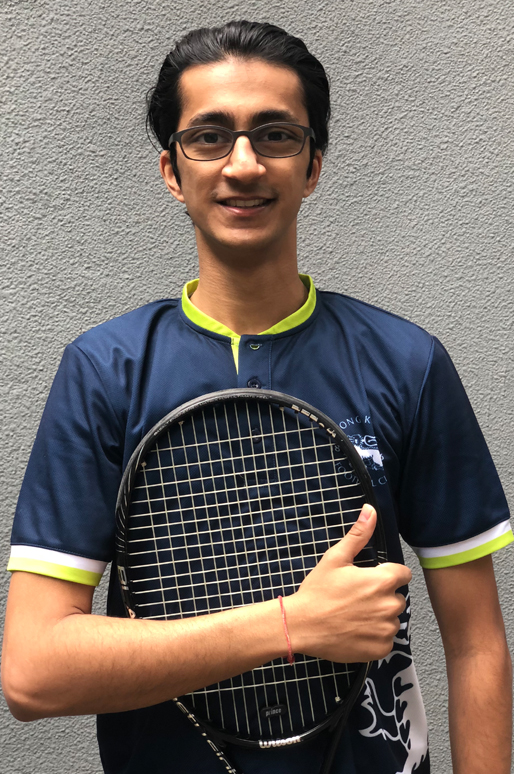 Shaan Bhojwani, 23, is a great product of the ATA player pathway at the Club.

Shaan who first started playing tennis when he was 12 years old, has been playing with the ATA programme for the last 10 years since the coaching team joined the Club.

Over the years, under the guidance of head coach Toby Clark and his coaches, Shaan has developed his game – leading him to become junior doubles champion in 2012 and 2013, and junior singles champion in 2013. During this period he played as the No.1 seed for our HKFC Junior A team, and went on to compete for Warwick University whilst studying for his undergraduate degree.

Following completion of his Masters degree at London Business school, he is now back in HK, working for his family import and export business, of which he is launching a new ladies Brazilian footwear brand ‘Piccadily’. In his free time, you will find him practicing out on the courts of the Club as a strong member of the Men’s B team, with aspirations to compete for the A team and to do excel at this years upcoming club championships.

“It is great to work with players like Shaan, helping them not only find a passion and enjoyment for the game early on, but to help guide their progress, achieve their goals but to see them become valuable assets to the Club.” Toby.

ATA have an extensive player development programme and linked competition pathway. Starting with players as young as 3, working through red (3-8 yrs), orange (8-9 yrs) and green ball (9+ yrs) stages into our junior league teams, through to adult leagues.

If you are interested in getting your child on court to join a structured programme with competition, please contact the HKFC ATA coaching team athkfc@atatennisaces.com for further details.