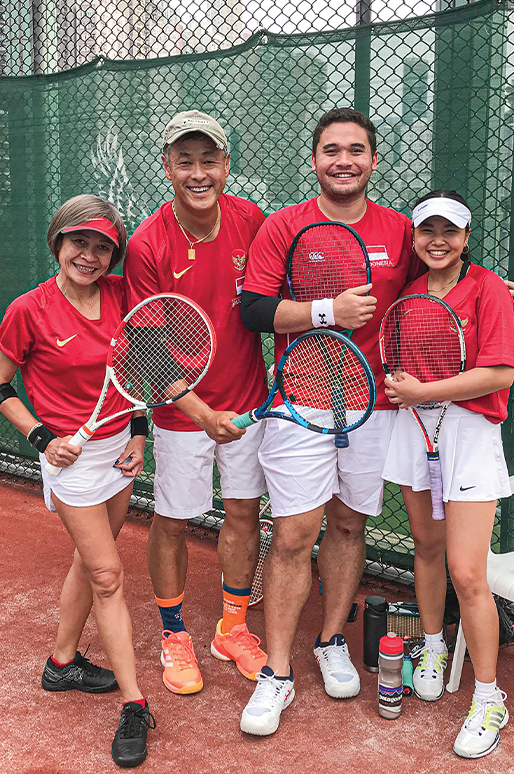 After a 4+ year hiatus, the long-awaited Cup of Nations team competition was back in action over the weekend of 30th to 31st October. This year’s format saw all teams battling it out over 2 days of tennis. Eight teams of 4 players (2 men, 2 women) joined together to play for their country of origin. Although 6 out 8 teams brought in ‘guest nationalities’, team Jamaica seemed to miss that part of the brief completely as not one of their players was Jamaican. However, their costumes and spirit made up for the ‘oversight’.

A ‘bonus’ singles round to earn your team extra points saw a number of players reaching for some ‘liquid courage’ to get themselves mentally ready for their first game of singles in years.

On the Saturday evening, players enjoyed courtside dinner and drinks, while some returned to the courts for even more tennis ... alongside various creative drinking games.

On Sunday morning, bright and early after a courtside champions breakfast, i.e. bacon baps and coffee, players took to the courts for their last round robin pool match. It was easy to spot the players who had been at a Halloween party the night before. The last round robin was followed by the play-offs to determine this year’s champion team, taking home the coveted Cup of Nations, and other prizes supplied by ATA.