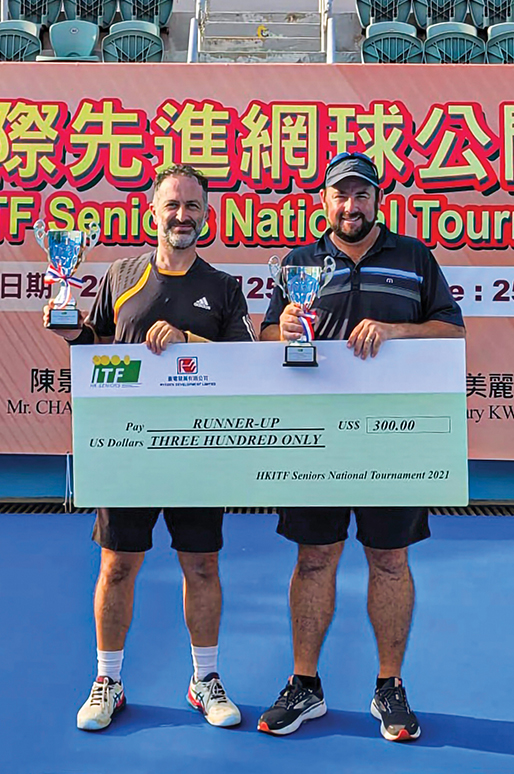 HKFC Tennis Society is extremely proud of two of our members - Nathan Booth and Mario Riccio who made their way through to the finals of the Hong Kong ITF Seniors National Tournament held at Victoria Park 25th to 31st October.

On Friday 29th Nathan was on court early for the Mens 40+ Singles Final against a tough opponent. The first set was lost, but he fought back and pushed the second set to a tie-break going down 2/6 6/7.

Not only did Nathan challenge himself in the singles, alongside Mario Riccio, our two Mens A+ Team players entered the Mens 40+ Doubles. They hit the court later that day for a nail-biting final match culminating in two tie-break losses 6/7 6/7.

Looking forward to seeing the lads entering more competitions in the future!