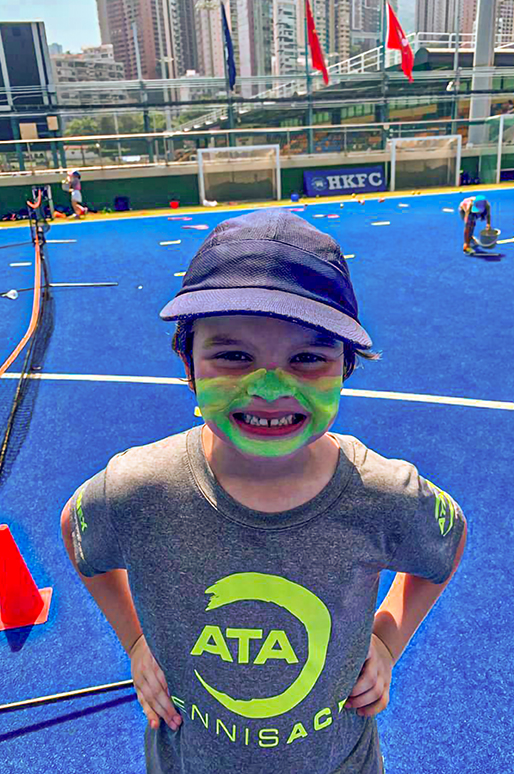 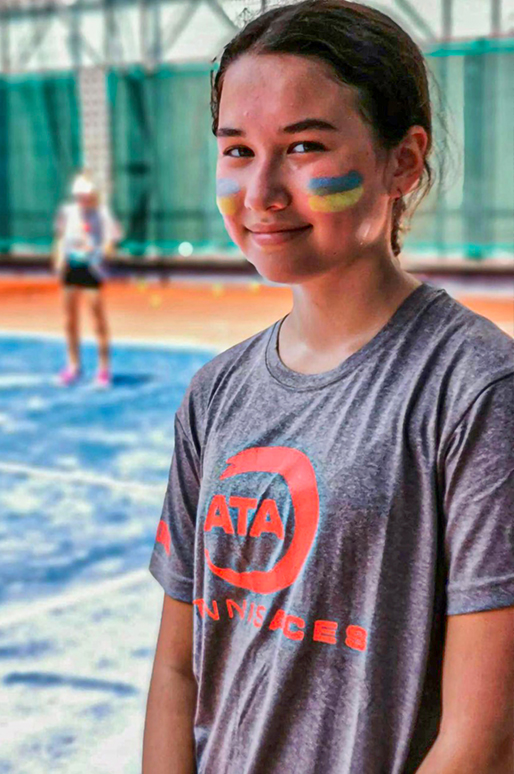 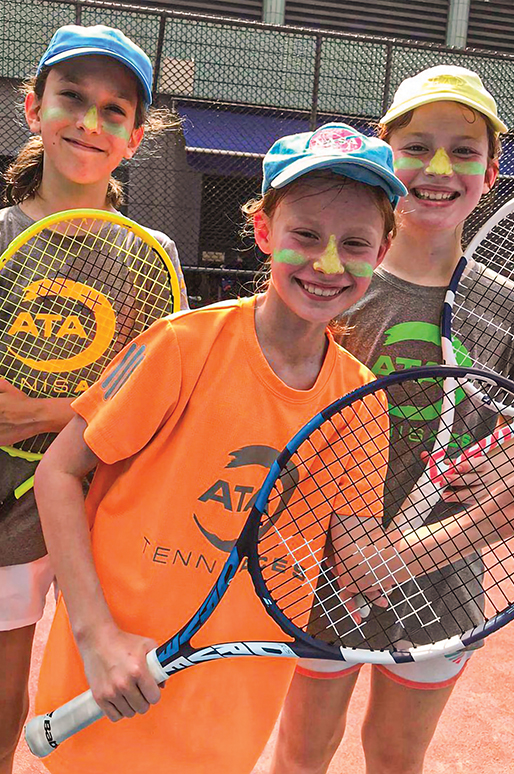 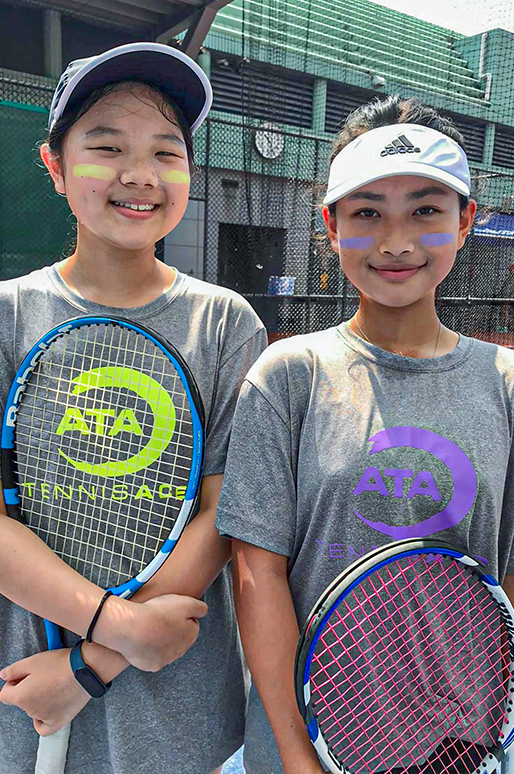 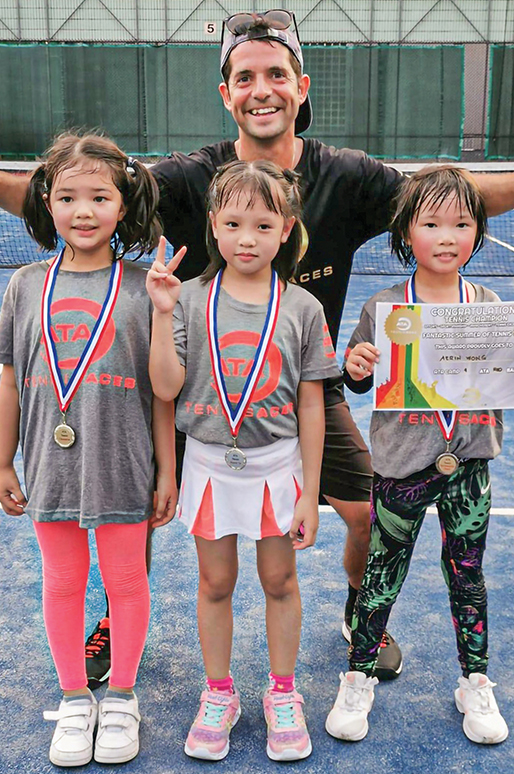 The ATA coaching team ran a busy 10 weeks of junior camp programmes this summer. Week-long intensive tennis camps saw many HKFC juniors hit the court; from those new to the game, through to those at competition level joining the performance camps. This summer, the tennis camps were run as part of a ‘Sun Smart’ campaign; ATA partnering up with ‘Key Sun Australia’ who provided sun creams and colourful zinc sticks for the players. This provided the opportunity for the coaching team to also educate the juniors of the importance of sun protection and skin care, by wearing protective clothing, using sun block and properly hydrating etc. The players not only had a great time on court, pushing their tennis up to the next level, but did so whilst having fun and being ‘sun smart’. Whilst sporting colourful zinc sun block, the players also enjoyed the occasional water fight to cool down and a slipn’slide for those on the hockey pitch.